New York launches bike share, soon to be the biggest system in the nation 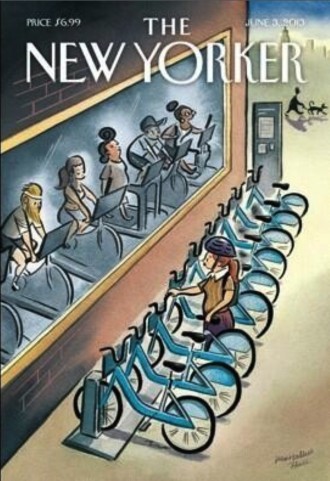 Seattle should be watching for a couple reasons. It is the biggest bike share system in the nation, and sure to set a lot of new standards. New York is a very crowded city with a lot of demand for every inch of city space. So if New York can find space for the bike share stations, Seattle surely can.

New York is also run by Alta Bike Share, the company that recently won the contract to launch and operate Puget Sound Bike Share. Alta’s launch of Citibike was not very smooth as delays in the supply chain led to delays in the launch. In Seattle, let’s hope that launching and maintaining such a large system in New York is a good sign that Alta has worked out a lot of those bugs.

Also, tip to big Seattle businesses: Look at all this amazing exposure for Citibank. Being a big sponsor of Puget Sound Bike Share would be an incredible marketing deal. PSBS is actively searching for a company to step up with a big enough sponsorship to gain naming rights, and that door could swing shut soon (some ideas: XBikes, Amazooms, Starbikes, LOLBIKES or I Can Has Bike Share, REI BIKE, Vulcancycle, QFCyles, COSTCOcycles, Velo Nordstrom, PEMCO Bike, F5 Bike, Velo ZymoGenetic…)

Anyway, here’s a video of the launch from StreetFilms:

Citbike Debuts in NYC from Streetfilms on Vimeo.

5 Responses to New York launches bike share, soon to be the biggest system in the nation