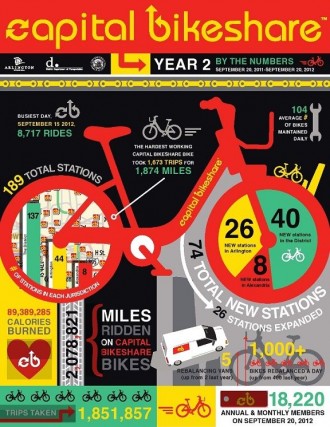 Alta has also recently won contracts in Portland, Vancouver BC and San Francisco, and the company last week launched what will be its biggest bike share system: Citibike in New York City. They are also behind the bike share systems in Washington DC and Boston.

Out of five proposals received, Puget Sound Bike Share Director Holly Houser said B-Cycle also stood out, but that Alta’s dedication to developing a helmet-vending system and solar technology for the stations helped elevate the company to the top.

Houser also noted that Alta has been successful at designing bike share systems that meet the unique needs of various cities.

Alta drew some critical press last year after technical and supply issues delayed the roll-out of the Citibank-sponsored New York system. Houser said such issues were “our largest concern with Alta going into it,” but she believes Alta has addressed the issues through the process of launching New York’s massive system.

With a recommended $750,000 grant to launch the system in the U-District and several other funding sources lined up, PSBS already has about half of the money they need to launch 50 stations with 500 bikes in spring of 2014. They hope to get the rest from sponsorships, and the door is still very open for a major sponsor to step in and gain branding rights (I’m a big fan of “Starbikes” myself. But I could also see Microsoft “X-Bikes” or “Amazooms” or maybe even a Boeing “0.787” …)

The biggest concern about bike share in Seattle remains King County’s rare all-ages helmet law. No other big system in the country operates in a city with a helmet law in place, and PSBS is not looking for a repeal of the law before the launch of the system.

However, Seattle may be in a good place with Vancouver getting ready to roll out their bike share system with a helmet solution in place this summer (British Columbia also has an all-ages helmet law). Alta has developed a helmet-vending solution they will try first in Vancouver, and we could get a chance to see how things go there and adjust our strategy accordingly.

Portland and Seattle are on schedule to launch their bike share systems around the same time in early 2014. Though both systems will be created by Alta, it is not likely memberships will be able to work between cities, Houser said, though that could happen some day.

Now that a vendor has been selected, PSBS can make a harder push for sponsors and dive into public outreach. Branding and design of the system is not yet decided pending any potential sponsors. The name of the system will likely be in place by the fall, Houser said.

Most importantly, the system needs to respond to the wishes of the community, and Houser said outreach to organizations around town will guide that process.

“We want to make sure the community feels like this is a system that belongs to them, and they have some ownership over it,” she said.

Here’s the full press release from Puget Sound Bike Share. They are holding a press conference at noon at the South Lake Union Discovery Center:

Puget Sound Bike Share, a nonprofit partnership of public and private organizations, announced today that it has selected Portland-based Alta Bicycle Share as its operator/vendor.  Alta will work with PSBS to plan, launch and sustain a regional bike share network beginning with approximately 500 bikes and 50 stations in Seattle and eventually expanding into other areas of the Puget Sound region.  One of the most experienced bike share companies in North America, Alta is the vendor/operator behind the highly successful Capital Bike Share in Washington D.C. and Boston’s Hubway. In the coming months, Alta will launch Citibike in New York City, the largest bike share network in the nation, as well as systems in Chicago, Vancouver, B.C., Portland and San Francisco.
Puget Sound Bike Share announced the selection of Alta in a posting on its Facebook page.  In the note, executive director Holly Houser wrote:

“We have been and continue to be impressed with Alta’s approach to bike share and their ability to partner with cities and successfully deliver location-specific systems.  Alta is able to address a number of the Seattle’s unique challenges, offering innovative solar technology, 7-speed bikes and an integrated helmet vending solution. Alta brings the experience and state of the art equipment to operate a bike share network that meets revenue goals and appeals to users with intuitive design and top notch service.
Bike share systems in world class cities from Paris to London to Washington D.C. have become instantly iconic symbols of vibrant and progressive urban centers.  It’s our turn now.  Bike sharing belongs here.
This is a huge milestone for us, and with state and federal grants pending, we are ready to actively pursue a title or presenting corporate sponsor. This is a rare and exceptional opportunity for a visionary partner to support and associate themselves with a transformative community-wide program.”

Puget Sound Bike Share would not exist without support and guidance from local government leaders, including King County Metro, the City of Seattle, Sound Transit, the City of Kirkland, the City of Redmond, Puget Sound Regional Council, Washington Department of Transportation and supporters and advisers at University of Washington, Seattle Children’s, Cascade Bicycle Club, Microsoft and REI.
According to Seattle Mayor Mike McGinn, “Bike share provides residents and visitors with more transportation options. This is a solution for our region that will not only make it easier to get around and improve health, but based on what’s happened in other cities, permanently changes the way people experience their community. It’s a really exciting thing for Seattle. Our city is known for our natural beauty and great neighborhoods. Now people will have more options for get to both.”   “Bike sharing, like car sharing, will work to reduce the need for personal automobiles.” said King County Executive Dow Constantine. “Puget Sound Bike Share and Alta can give people more options to keep our urban areas moving in a cost-effective way.”
Puget Sound Bike Share will now enter into contract negotiations with Alta, with a goal beginning launch preparations in early summer.
For more information visit www.pugetsoundbikeshare.org and www.altabicycleshare.com.
Follow us @PSBikeShare on Twitter and at Puget Sound Bike Share on Facebook.