Packer: The public won’t build a new surface parking lot near Pike Place Market after all 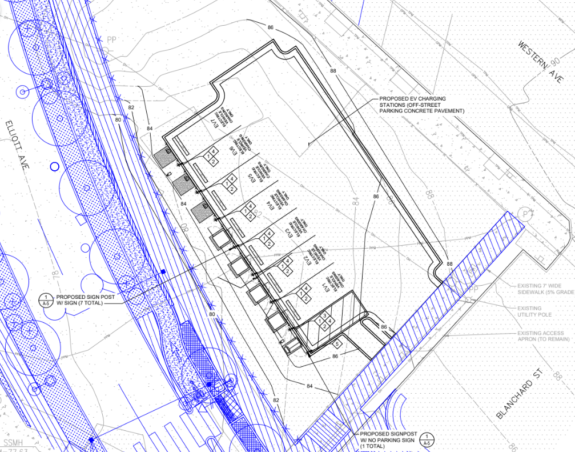 From the City of Seattle via The Urbanist.

Ryan Packer has some wonderful news: Seattle City Light will not build its planned surface parking lot at Western Ave and Blanchard Street after all. Word of the proposed parking lot, located within the Western Ave business strip that extends north from Pike Place Market, was a huge disappointment after a public process revealed a clear desire for a park or other public space on the parcel that was formerly home for a Viaduct off-ramp.

Seattle City Light has announced that plans will not move forward to build a new surface parking lot for electric vehicle (EV) charging on a city-owned property adjacent to the Seattle waterfront redevelopment in Belltown. The charging lot, which would have included approximately six to eight parking stalls, was intended to provide public EV charging infrastructure in a part of the city where it might not otherwise be available. But the proposal to build a surface parking lot in one of the densest areas of the city raised a number of questions about the process to determine the highest and best use of city-owned land in Seattle’s densest neighborhoods.

Not only would this parking lot have been a huge missed opportunity for the neighborhood, it also would have been constructed within close proximity to several other surface parking lots:

The idea that Seattle would build a brand new surface parking lot was rather troubling. A Surface parking lot is the worst imaginable use of urban space, especially in very dense areas like Belltown and the area surrounding Pike Place Market. Reserving an entire parcel of public land solely for storing seven people’s cars is absurd and frankly offensive, and it’s even more absurd to spend public money putting down a brand new slab of concrete. That ain’t cheap.

The lot proposal was also an example of how using the guise of environmentally-friendly electric cars to further the harmful land use impacts of car culture. Installing electric chargers near existing parking infrastructure is one thing, but building a brand new parking lot? Hell no.

4 Responses to Packer: The public won’t build a new surface parking lot near Pike Place Market after all