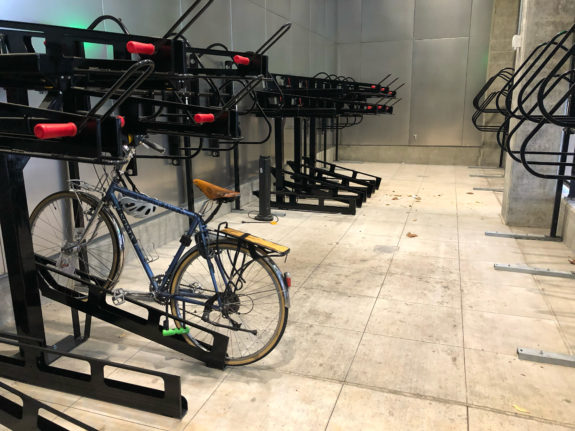 Biking to light rail is often the fastest way to get around Seattle. For riders who live beyond a short walk to the station, biking is a great way to skip the slower local bus connection (if there even is one) and head straight to the train or express bus. If your destination is near a station down the line, then it’s much easier to lock your bike before boarding rather than trying to bring it on board.

However, leaving a bike locked up all day outside a station makes it an appealing target for theft. One classic option people have used is to have a crappy (or crappy-looking) light rail bike with a very good lock. The idea is to make your bike appear to have little value in the hope that any thieves will find a more appealing and easier to steal bike nearby. This is fairly effective, though it merely deflects the problem onto someone else.

A more sustainable and fair solution is for Sound Transit and King County Metro to build secure bike parking at major transit stations and hubs. Both agencies have been experimenting with different options for years, and Sound Transit’s newest stations include a mix of regular bike racks, bike lockers and bike cages. There are currently cages at Beacon Hill, Angle Lake, Tukwila Sounder, South Bellevue, Roosevelt, U-District, and Northgate Stations. Three more are planned along East Link, including Judkins Park, Bellevue, and Mercer Island.

But until very recently, getting access to each could be a bit complicated and inconsistent. Now most of the secure bike storage options are accessible through one service: BikeLink. 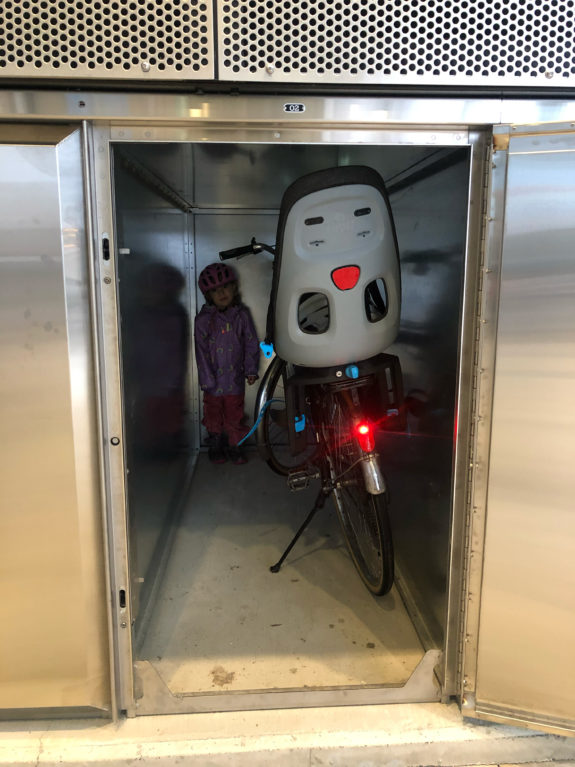 The bike lockers are quite spacious and can even fit many cargo bikes. They also double as child care in a pinch!

BikeLink is a California-based company that makes on-demand bike storage solutions. Bike lockers installed at Sound Transit stations since 2020 have been BikeLink lockers, but now the agency’s bike cages also use the same BikeLink cards. Both the lockers and the cages cost 5¢ per hour. It’s great that the paid secure bike parking options are finally unified under one service, but users will need to jump through some significant extra hoops to get access.

The biggest impediment to using the lockers is that you need to order a BikeLink card online and load it with at least $20 just to get started. Once it arrives in the mail, you can start using it to access the bike lockers. But if you want to use the bike cage, you’ll be greeted with this message: 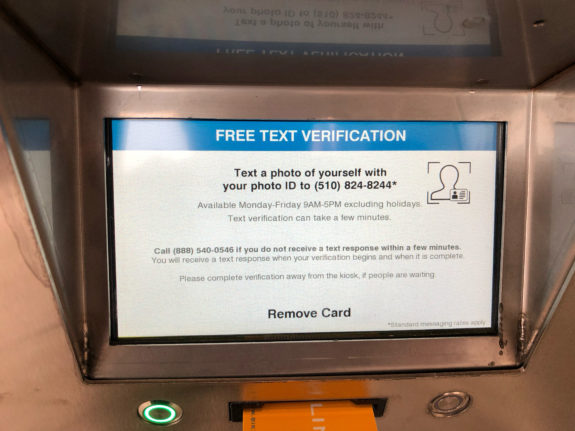 It definitely feels weird to text a photo of you and your ID to a random phone number to access a piece of public infrastructure. But I did it, and it took about an hour or so before I received a message that I was verified and could use the cage.

I have been using the U District cage for a while now through the previous system managed by Sound Transit staff, which was also somewhat laborious to set up. I have never seen another bike inside. I am hopeful that the BikeLink system helps more people get access to the cage so that it gets better use because it is pretty great once you get inside. There is a lot of space for bikes, giving these stations room to grow as more people bike to transit and learn how to use the cage. I even really like the upper-level bike racks, which are spring-loaded to make them surprisingly easy to lift into place. I do wish there were spaces for cargo bikes, though I’ve made it work. My suggestion would be to replace one of the hanging spots with a few standard staple racks. And maybe an outlet for charging an e-bike? 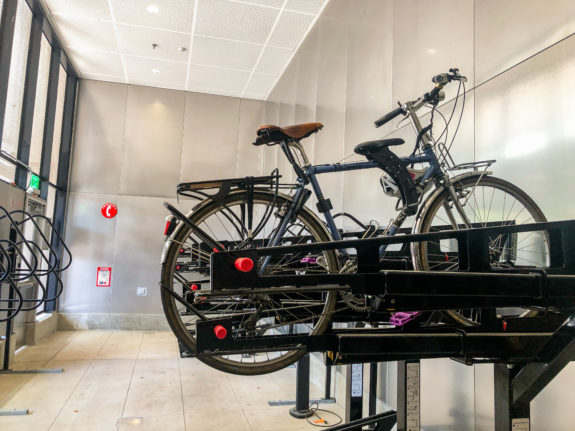 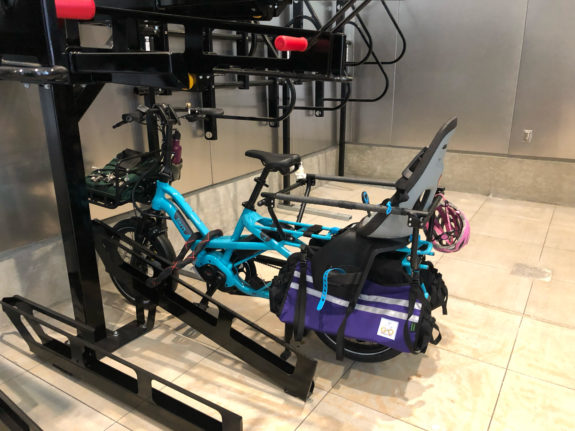 The problem, though, is that BikeLink simply is not convenient as implemented here. It’s an extra card you have to carry around and another online payment account to manage, and you lose the value on it if you lose the card. Especially since ORCA just launched the long-awaited second generation of its unified transit payment service, it’s frustrating that accessing bike parking was not just integrated in some way into ORCA. You also cannot load money onto your BikeLink card using the brand new ORCA vending machines. BikeLink does integrate with the Clipper Card in the Bay Area, so integration is possible.

But the Clipper Card does not with with the Bay Area’s bike cages yet, highlighting an additional complication: Identity verification. A bike cage is only secure if access is somehow limited to the bike owners using it. If anyone can go inside, then it would probably be safer to just lock your bike outside the cage where more people can see it since it is easier to steal a bike where nobody is looking. So how do you make it easy for people to get access while also making it difficult for thieves to get in? That’s why BikeLink requires the ID verification process, allowing them to know who accessed the cage in case of theft. It’s an imperfect solution to a problem without an obvious solution.

There’s no question that requiring a third party service will limit use of the BikeLink services. A lot of people will continue locking their bikes to outdoor racks because they are free and don’t require a card. But the lockers and cages are great once you jump through all the hoops to get access. I worry that low use may send the wrong message about the demand for secure bike parking at transit stations. Lots of people are biking to light rail stations, and they don’t want their bikes to get stolen. Widespread use of any service requires as little friction for potential users as possible, and especially for the cages the BikeLink system has too much friction as it is implemented in the Seattle region today.

Founder and Editor of Seattle Bike Blog.
View all posts by Tom Fucoloro →
This entry was posted in news and tagged bike parking, bikelink, ORCA, sound transit. Bookmark the permalink.