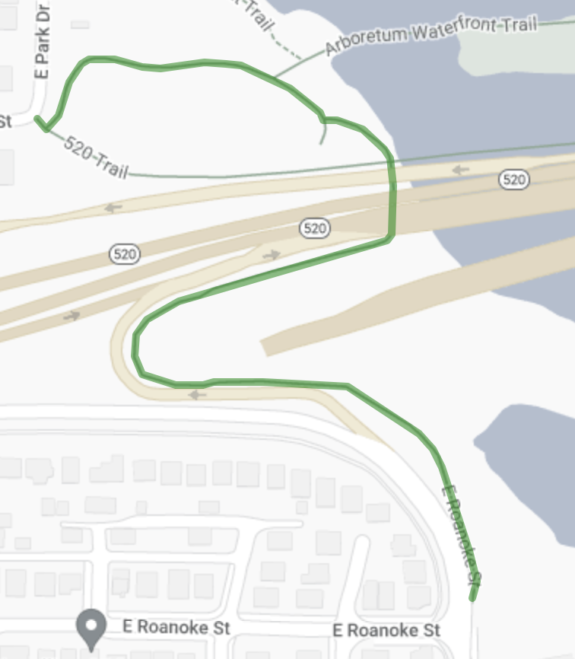 Map of the soon-to-be-closed trail from WSDOT. 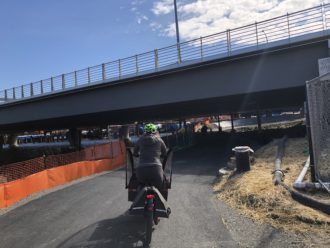 The trail under the 520 Bridge east of Montlake Boulevard will close permanently June 6 as crews begin work on a new biking and walking bridge over the freeway, according to WSDOT.

The trail opened in March 2020 and was labeled as a temporary route, but it was very welcome at the time. After crews closed the 24th Ave E bridge, which had formerly been the primary bike route, the biking and walking detour to Montlake Blvd was not great. The old skinny sidewalk was sorely inadequate for a two-way biking and walking route, and the state chose not to make extra space on the boulevard to make the detour better.

Unfortunately, people will once again need to detour to Montlake Blvd for an extended period of time. This time, however, they will detour to an under-construction Montlake Blvd. as crews work to significantly expand the roadway as part of the $4.51 billion freeway expansion project (the total climbs to $5.11 billion when you add in the “Rest of the West” connection to Roanoke and I-5). Hopefully the biking and walking detour will not be as stressful as before, though that remains to be seen.

People will be need to deal with a detour until the new biking and walking bridge or the new path along 24th Ave E are open, currently scheduled for full completion in 2023. Hopefully a usable alternative will open as soon as possible. 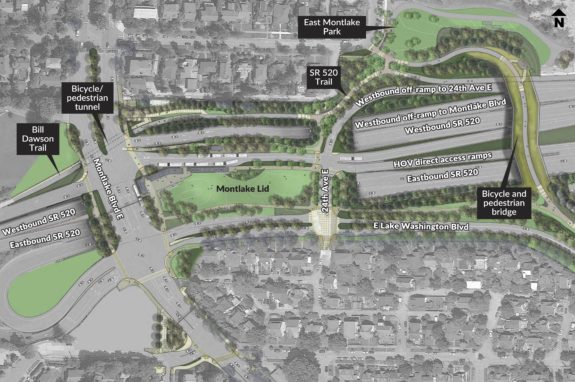 This entry was posted in news and tagged montlake, montlake blvd, sr 520. Bookmark the permalink.