What kind of bike lanes should SDOT build on MLK between Rainier and Judkins Park (in 2023)? 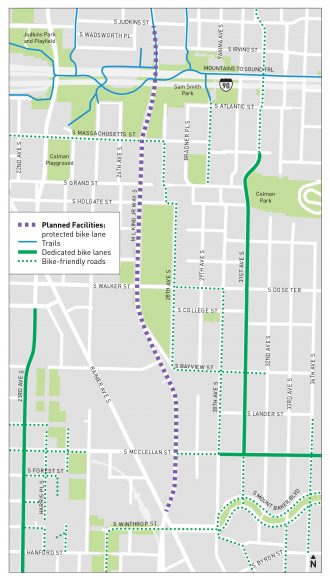 But SDOT is currently conducting a survey about the planned MLK Way S bike lane between Rainier Ave S and S Judkins St even though they don’t plan to build the project until 2023 ahead of the Judkins Park light rail station opening. But they are getting a head start on planning.

The survey is short and asks participants about the safety issues they face on the street, then offers a handful of options for how the planned bike lane could work. 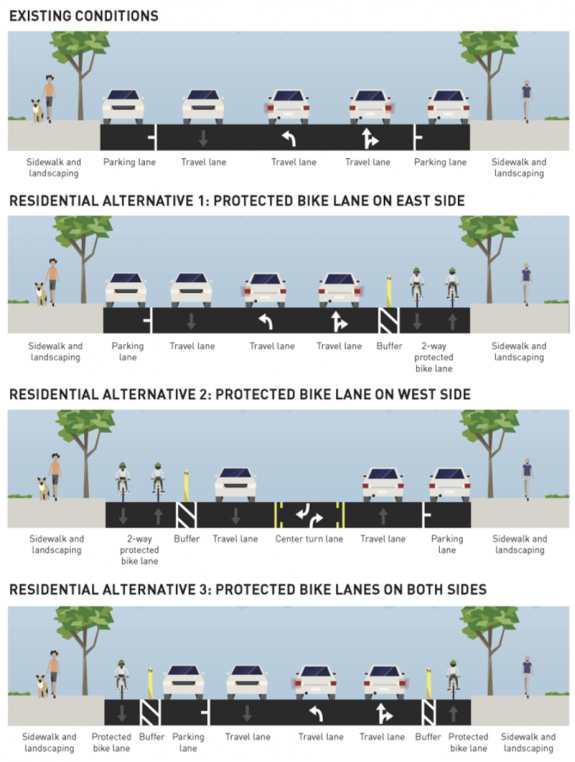 In taking the survey, I found it a bit difficult to know what to choose. The good news is that all the options appear to include a protected bike lane. But there’s no context about the trade-offs or benefits of each option. In general, two one-way bike lanes is the best practice unless there is a good reason to do otherwise. So I guess without any such reason, the one-way bike lanes would be best. But only if these lanes are complete and fully protected for the entire length, including intersections.

But I want to hear your thoughts. Have a good reason to go with a two-way bike lane? Let us know in the comments.

One other possible issue with this survey right now is that it’s not clear whether public outreach can really be complete right now. As we reported yesterday, one recommendation from The Untokening is to avoid planning future projects “when equitable public participation is impossible.” On the other hand, SDOT may not have conducted more than an online survey for this phase anyway. But SDOT staff needs to know that the outbreak does not relieve them of the need for equitable outreach in project planning. So if they cannot conduct outreach that is equitable, they should put planning on hold.

10 Responses to What kind of bike lanes should SDOT build on MLK between Rainier and Judkins Park (in 2023)?