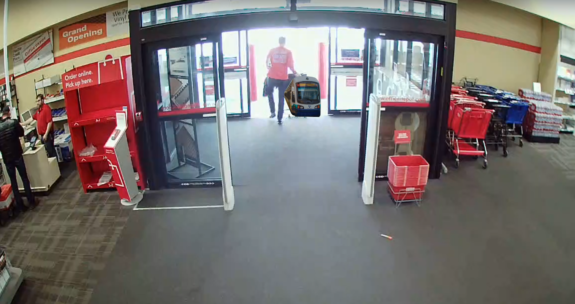 Washington’s most famous Office Depot chair thief also wants to take our voter-approved transit and local transportation funding. We must defeat I-976.

Basically, Tim Eyman’s initiative would preempt local governments and agencies in places where voters have approved using vehicle license fees as a way to help fund everything from Sound Transit light rail expansion to basic bus service and street improvements in communities all over the state, including Seattle.

Getting a NO vote on I-976 is pretty much as important as passing Sound Transit 3 in 2016 or Seattle’s Metro-route-saving 2014 vote, both of which voters passed with comfortable margins. But those were local efforts, and we don’t really know how the entire concept of vehicle license fees will fare statewide.

That’s why Transportation Choices Coalition is leading an effort to fight the initiative and urge a NO vote. And they could use your help.

The threat isn’t new, but it is very, very real. Tim Eyman’s I-976 will be on ballots statewide this November. I-976 is Eyman’s 18th initiative that will appear on a ballot, and due to a tough political environment, we have a major fight on our hands.

This initiative would limit all car tab fees across Washington State to $30, as well as reduce a host of other vehicle licensing and weight fees. Though this may sound appealing to voters at first blush, its impacts to our entire transportation system would be devastating. This initiative would cut funding to life-saving transit services, leave potholes unfilled, delay major projects from the Connecting Washington package, and blow a $20 billion hole in Sound Transit’s regional light rail budget — and these are only a few of the impacts.

Coalition members, transit supporters, friends: It’s time to turn the volume up. We need all hands on deck to support the No on I-976 campaign.

We have a lot of work to do before ballots drop mid-October. Here are ways to help:

If you have other interests or resources to contribute to the campaign, get in touch! We will make sure you are plugged in.

TCC will be doing all of the above, and more, to ensure people in Washington keep the transit services they need, and to make sure our hard-fought transportation projects stay on track. Will you join us?