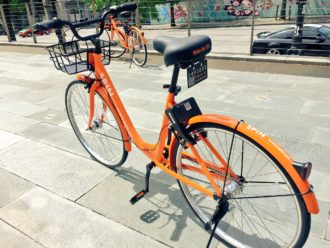 Spin is one of the companies that hopes to be among the first to operate in Seattle.

SDOT just released its permit application (PDF) for a six-month pilot program. Staff says companies should expect one to two weeks for their permits to be processed. Once approved, companies can start putting bikes on the streets and turn on their apps.

The final rules are not too much different from the draft rules we reported about a couple weeks ago. The permit prices have moved around a bit ($15 per bike instead of $23) and the data sharing rules have changed to allow companies to share data directly with the UW Transportation Data Collaborative instead of sending it to the city.

Spin, one of the companies hoping to be among the first to get up and running in Seattle, was ready right away to send out a press release praising the rules:

“We are thrilled about the release of SDOT’s new bikeshare regulations,” the company said in a statement. “SDOT’s forward thinking transportation policies bring us one step closer to offering Spin’s affordable, equitable smart stationless bikeshare system to all neighborhoods across Seattle.”

For SDOT’s part, they aren’t ignoring Pronto’s failures. Instead, they are pitching the new permits as “bike share 3.0” in Seattle. The official SDOT page about the bike share permits even includes this image: 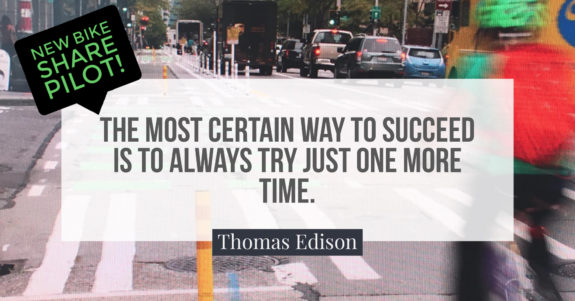 Today, the Seattle Department of Transportation (SDOT) launched a new pilot program that provides permitting requirements for privately-owned bike share companies to operate in the city and provide an additional transit option for residents and visitors.

“Three years ago, we launched a citywide bike share program in Seattle. And, no It didn’t work. But our SDOT team never stopped working to deliver on our commitment to provide a bike share mobility option,” said SDOT Director Scott Kubly. “We want to give residents as many transportation options as we can to get around our growing city. This effort gives us the flexibility to collect ridership data as well as provide a low-cost transit option without public funding.”

Here’s how the pilot works:

SDOT is especially pleased with a protection feature within the new regulations that enable the department to protect all of the private data that’s collected through bike rentals, ensuring that riders get the best and safest service from bike share operators.

The pilot also gives SDOT the ability to test the feasibility and effectiveness of dockless bike share.  At the end of the day, it all boils down to what best serves Seattle’s 700,000 residents, and the millions of visitors who move about the city daily. And SDOT is eager to find the best bike share option for Seattleites.

Founder and Editor of Seattle Bike Blog.
View all posts by Tom Fucoloro →
This entry was posted in news and tagged bike share. Bookmark the permalink.

4 Responses to Seattle is now accepting private bike share permits, first bikes could hit streets in a week or two