EDITOR’S NOTE: This guest post from Seattle Neighborhood Greenways was a collaboration by several biking parents with the help of SNG staff. It may be inconvenient for city leaders to hear, but disconnected safe bike route islands do not make Seattle a great bike city. If you are not willing or able to bike in busy traffic, Seattle is leaving you behind. But it doesn’t have to be this way. 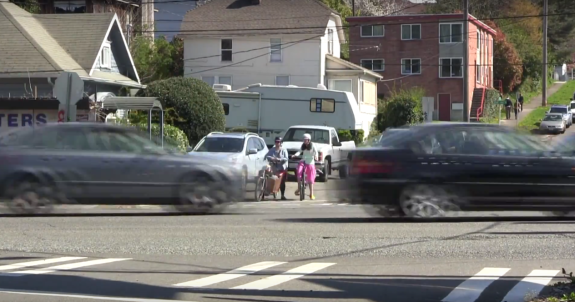 Shirley Savel bikes with her two-year-old son on her bike and her 12-year-old daughter riding along. But Rainier Ave is a big barrier for biking families in her neighborhood. Watch: Where the Greenway Ends.

Biking in Seattle today requires skill and bravery. For someone new to biking, not comfortable jockeying with fast moving traffic, or trying to bike with their children, finding a safe route to work, the store, or school can be incredibly challenging – if not impossible.

Despite repetition by mainstream media and SDOT (Seattle Department of Transportation), Seattle is not currently a great city to bike in. The myth of greatness is part of what is holding Seattle back, and needs to be put to rest. To help bury this myth, let’s hear from mothers and fathers trying to bike with their families in Seattle.

Who is Shirley Savel? 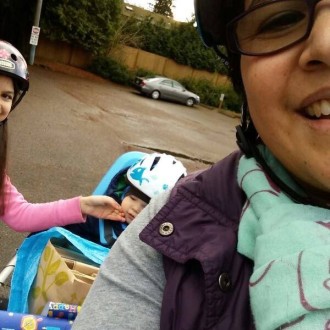 Shirley Savel is a mom from the Rainier Valley and bikes daily with her 12-year-old daughter and two-year-old son. She blogs about about biking with her family and shares her experiences:

“Sure, we bike because it can be fun, healthy, and we need to get places, but more importantly it’s an economic necessity for our family. During two very rough periods of unemployment, rather than paying bus or train fare we biked. Biking saved my family from homelessness. Even after finding work, biking has remained an integral part of balancing our family budget.

“After close to ten years biking in Seattle I am getting tired finding real viable bike connections to get me from place to place. I can now say that I have lived here long enough to see slow progress/process. In SE Seattle nothing connects. How do I get to places like the library, doctor, grocery store, dentist? No routes connect me to anything. I live in a void.

“When I bike home from North Seattle I follow the Central Area Neighborhood Greenway south but don’t bike to the end because I value my life. I choose the greenway because it has all the elements I love in a slow street: speed humps, flashing beacons, low grade roads and all around less cars.

“SDOT has a way of ending this. It ends in a protected bike lane to Franklin High School and the Light Rail Station. Ha-ha, just kidding. It dumps you right into Rainier Ave. THE MOST DANGEROUS ROAD IN SEATTLE. I made this 53 second video to show you.”

A Dad and His Data 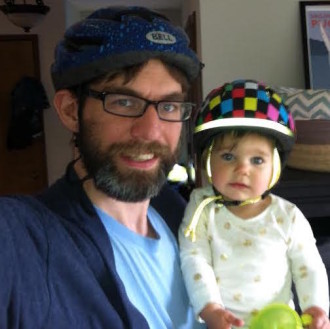 Tim Fliss is a father who bikes with his family in NE Seattle.

Shirley’s lived experience is not unique. Families across Seattle face similar obstacles. To validate his experiences with data, Tim Fliss created a map showing the routes that families have available to them.

Having trouble seeing the map? Click here to view it directly. 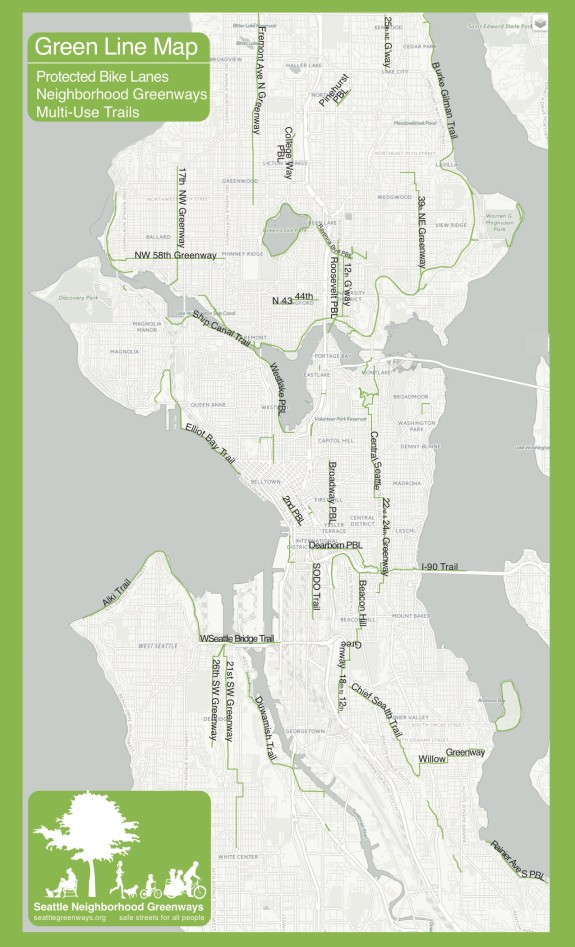