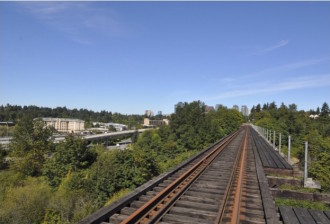 The Eastside Trail made a big step closer to reality this week when King County released its draft Master Plan and Environmental Impact Statement. These plans now head into public outreach, setting the trail up for a summer preferred alignment selection and an autumn King County Council vote.

Once the plan is official, work can start in earnest to seeks the funds needed to develop the trail into a remarkable, flat, complete and all-new walking and biking connection from Renton to Woodinville.

Public comment is open through March 31. You can give feedback via this online comment form or emailing [email protected].

“We’re expanding one of the nation’s premier trail systems to better connect Eastside neighborhoods, and want the public to help us design it,” said King County Executive Dow Constantine in a press release. “I encourage residents to take this opportunity to share their ideas for a new multipurpose trail that will be enjoyed by walkers, runners and cyclists for generations to come.” 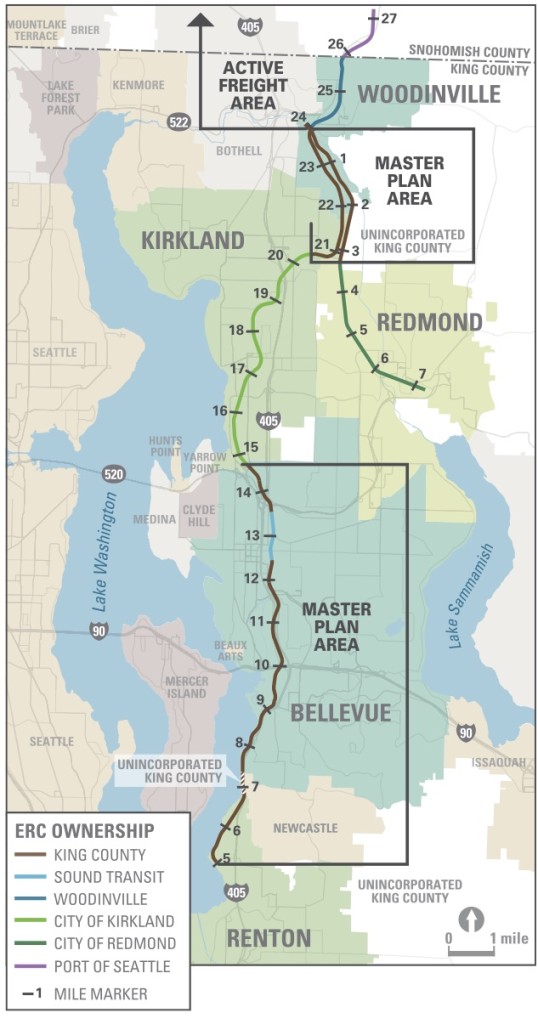 Created as the Lake Washington Belt Line, the rail corridor served freight for about 100 years. But freight service ended years ago, and now King County and other regional governments and agencies own the right of way with plans for utilities, some transit and a trail.

As we have reported previously, one of the biggest decisions facing the County right now is whether they should pursue an alignment on the existing railbed or if the trail should be cited elsewhere in the right of way to preserve the railbed for other uses. In some sections, there’s really only one option. In other sections, an off-railbed alternative could cost twice as much or more. And when you look at the concept images, you can see why: 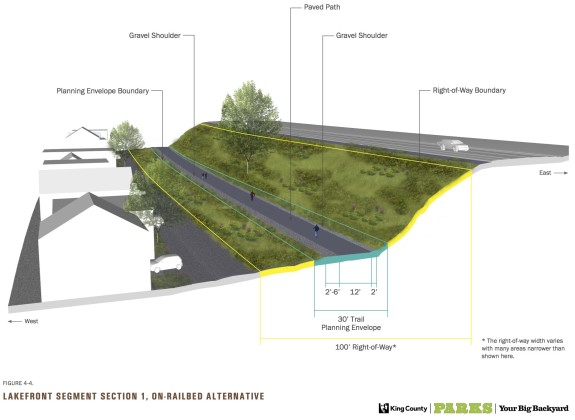 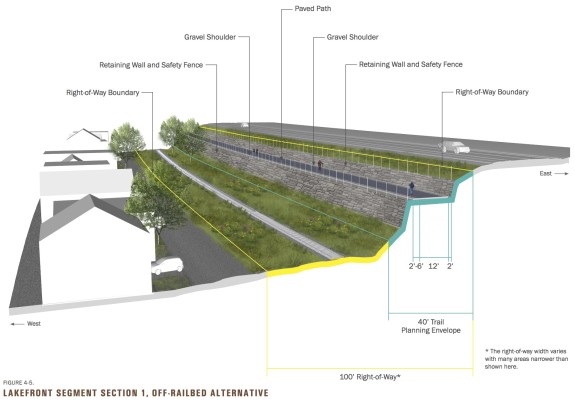 In reality, the final trail will likely be some hybrid of the two options. Where transit makes sense, the trail may need to be moved. But where no transit is constructed, an on-railbed option is cheaper and easier to construct.

The county should pursue whatever option for each section that creates a usable interim trail as soon as possible so we can start serving the public and making these new non-motorized connections. If transit projects come along, then major construction could move the trail then, much like East Link will travel a section of the Eastside Rail Corridor in Bellevue adjacent to the planned trail.

Along the trail sections under consideration (the Cross Kirkland Corridor has its own master plan process lead by that city), there are only 17 driveways and 20 roads, of which only 10 are busy. 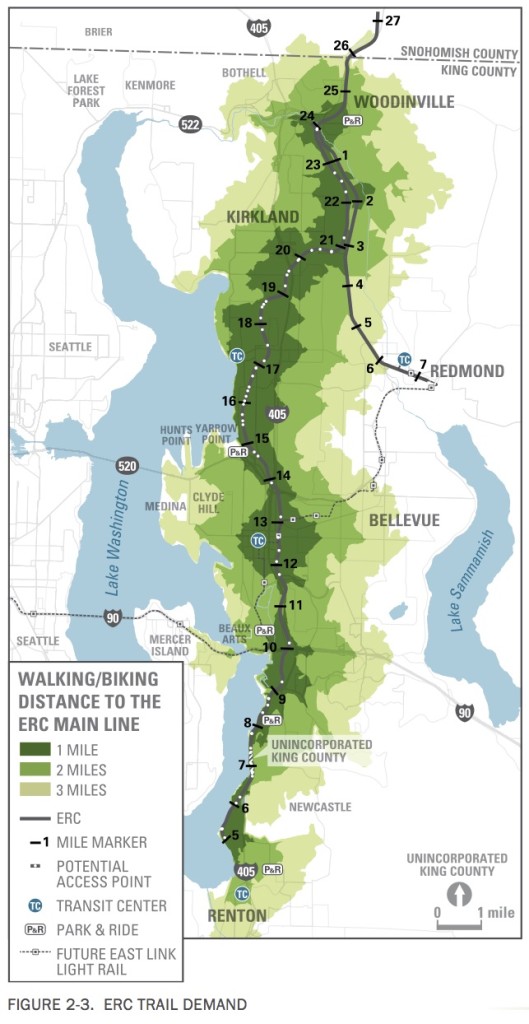 One of the coolest maps in the whole plan is this analysis of the anticipated trail access. I-405 really hampers the easy reach of the trail, especially on the south end. But access is excellent and totally unprecedented in central Bellevue, a major job center for the county. The trail will also have direct access to East Link light rail. Really, I can’t overstate how dramatically this will change biking, walking and transit access to Eastside communities.

Here’s a section-by-section look at trail elements and destinations within reach: 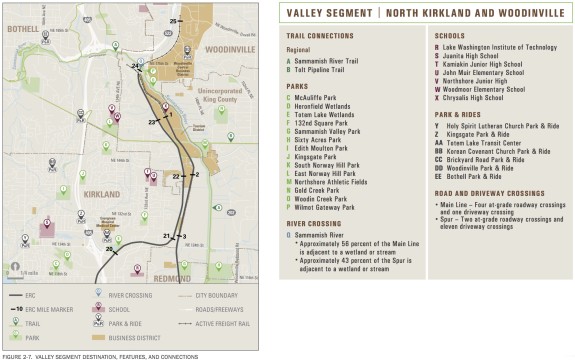 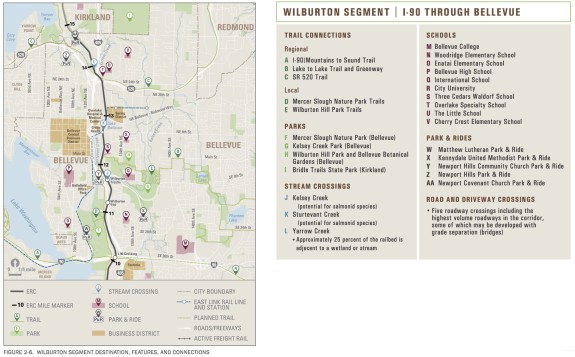 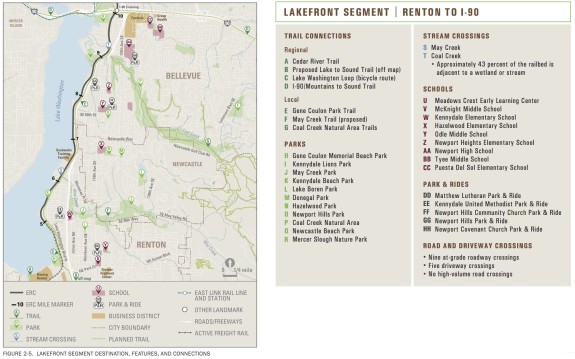 You three chances to see the plans and comment in person during March. Details from King County:

Community members can review details of the Draft Master Plan and EIS and share comments at these open houses:

All comments received on the draft master plan and EIS during the comment period and open houses will be reviewed and included in the formal comment record for consideration. The comment deadline is 5 p.m. on March 31.