Howell: As Seattle adds jobs, how are the new workers getting there?

Editor’s Note: Every year, we write about newly-released Census data on commute modes in Seattle and communities across the country. In this guest post, Brock Howell dives even deeper, analyzing just Seattle’s new commutes. What he finds has lessons for what the city is doing right and what we need to change in order to meet our long-term and mid-term goals.

As the fastest growing major city in America, Seattle faces significant transportation and land use challenges and opportunities.

In the last five years, 70,000 new people moved to the region and the city is planning for another 120,000 to move here by 2035. Given this enormous surge of people, I wanted to see how our new residents are getting around and what that might portend for the future of walking, biking and transit.

Each year the U.S. Census Bureau publishes the results of its annual American Community Survey (ACS), which among other things shows the ways workers say they commute (SOV = Single Occupancy Vehicle). 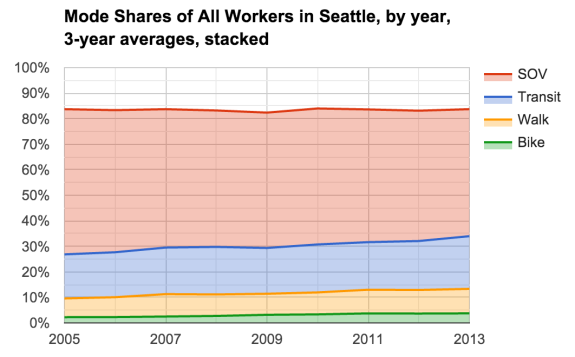 The total rates, however, do not tell the story of the new workers. In order to do this, I analyzed the ACS data by applying all annual changes to commute mode shares strictly to the annual changes of the employment levels. Below are my twelve takeaways. 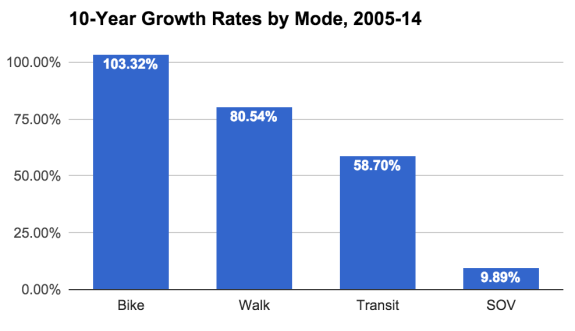 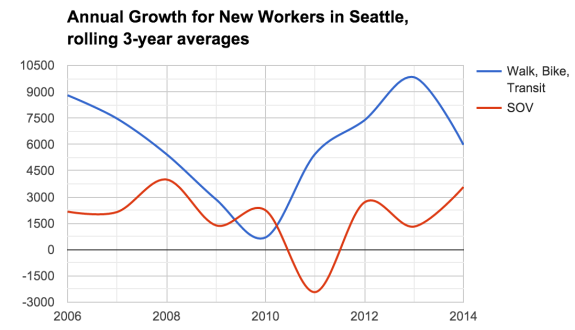 However, we’re still catching up to Portland, where from 2000 to 2010, only 8 percent of new workers drove SOVs. 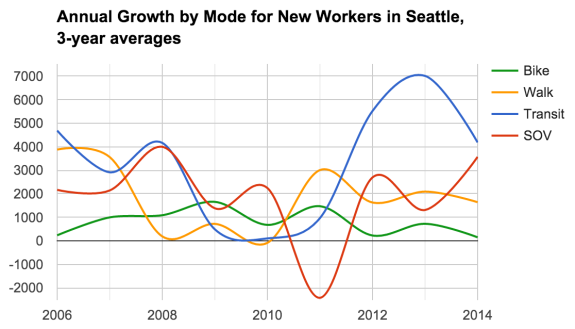 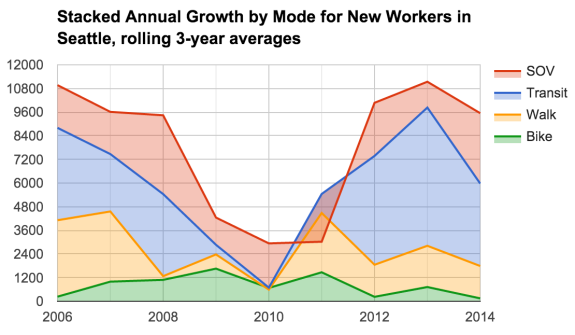 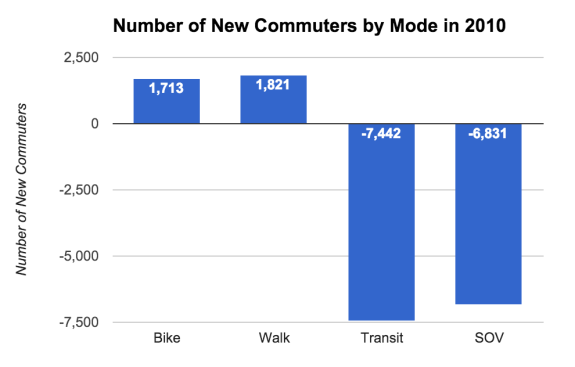 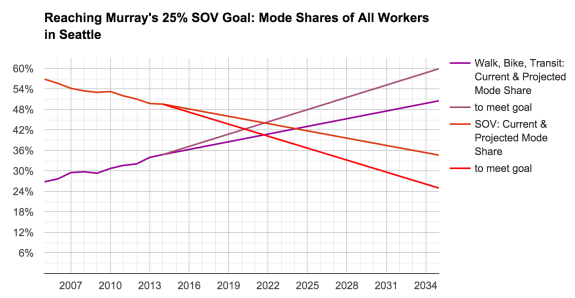 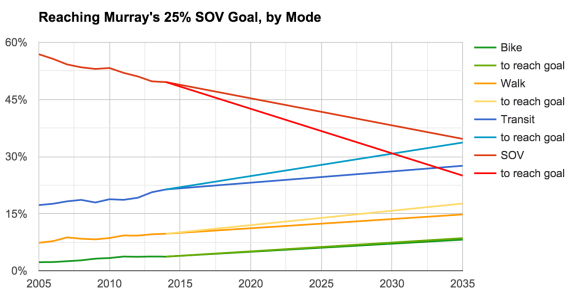 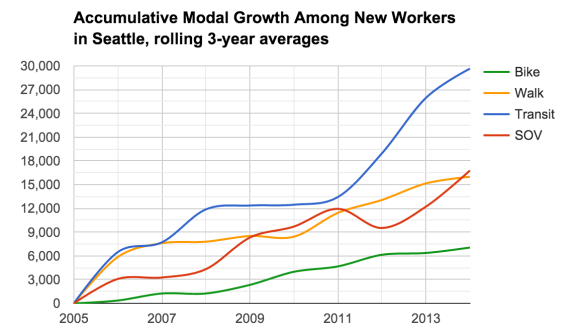 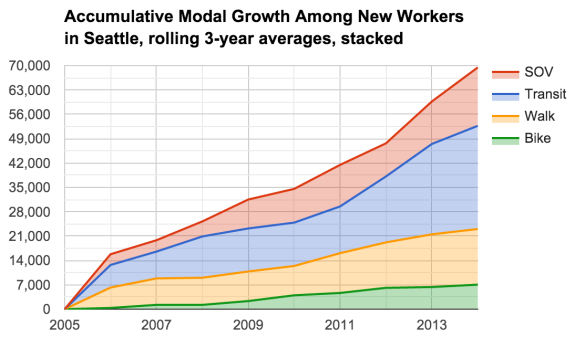 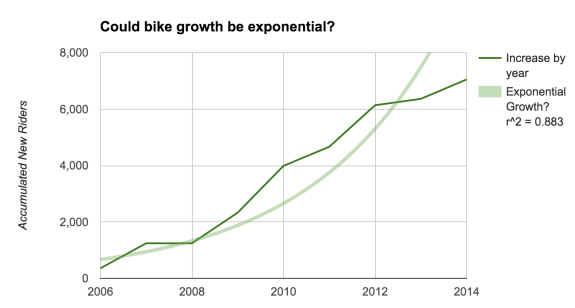 All my projections were made assuming linear growth. However, Seattle is making huge investments in our transportation system that will pay off.  New light rail, new streetcar, more bus service hours, and new downtown protected bike lanes are all scheduled to happen this year. The Let’s Move Seattle levy will do more for walking, biking and transit in the next nine years than in the city’s history.

Based on the recent surge of transit ridership thanks to the Central Link light rail, we can bet our transportation investments will lead to unprecedented changes to workers’ commuting — for the better.  If we can build out more than half the Seattle Bicycle Master Plan in the next ten years, we may yet still meet the BMP’s goal of quadrupling bike ridership.

Based on the ACS data, new workers are significantly less likely to drive a car to work than the general population of the workforce.

But we have much more to do. The Seattle Climate Action Plan calls for reducing vehicle miles traveled by 20 percent and the Bicycle Master Plan calls for quadrupling bike ridership by 2030.

If we’re to achieve either goal while maintaining adequate mobility for 120,000 new residents over the next 20 years, Seattle will have to significantly increase its pace of developing its transit, pedestrian and bicycle infrastructure. Luckily, the Let’s Move Seattle Levy and Sound Transit’s light rail expansion should help us make it happen.

This entry was posted in news and tagged brock howell, census. Bookmark the permalink.

34 Responses to Howell: As Seattle adds jobs, how are the new workers getting there?