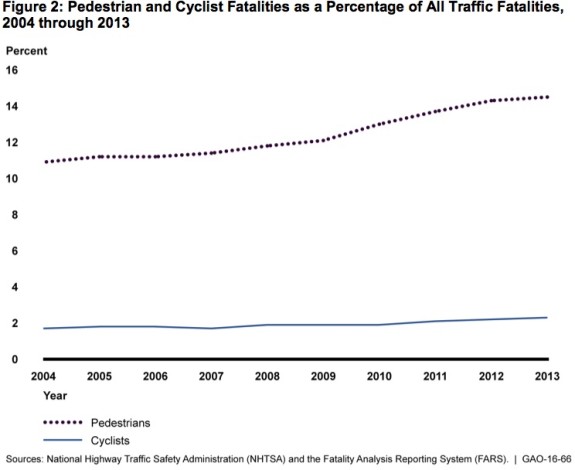 Here’s a depressing fact: In 2013, 885 Americans drove away after killing a person who was walking. One in five “pedestrian fatalities” are hit and runs (for “cyclist fatalities,” it’s about one in six). This statistic speaks volumes about the state of personal responsibility and value of human life on our nation’s streets. But these roadway values are consistent from the pens of roadway engineers all the way to the steering wheels of a fleeing hit-and-run suspect.

These are among the many troubling — though perhaps not surprising — findings in a recent Government Accountability Office report (PDF) US Representatives Rick Larsen (WA-2), Peter DeFazio (OR-4) and Eleanor Holmes Norton (DC) ordered last year. Essentially, these Representatives saw that people walking and biking in the US are not seeing the same safety increases as people driving, and they wanted to know why. And they got their answers.

The GAO report finds several issues we already know about, such as the roles distracted driving and alcohol play in many collisions.

And though the walking and biking share of traffic deaths is rising, “limited data on walking and cycling trips also makes it challenging to develop a performance-based approach to addressing pedestrian and cyclist safety,” according to the report. Though we have decent primary commute trip mode data thanks to Census surveys, we have almost no data about non-commute trips, the report notes. Remember, fewer than 20 percent of all trips in the US are commute trips.

But the real guts of the report come from Federal Highway Association officials who acknowledge that roadway design in recent decades — including wider and straighter lanes and corners — have attempted to move more motor vehicles faster at the expense of walking and biking safety:

According to FHWA officials, the purpose and goal of street design in the United States for decades was, in general, to move motor vehicles from their origins to their destinations as expeditiously as possible, and this design may have overlooked the needs of pedestrians and cyclists. Design efforts such as widening lanes or minimizing sharp curves may have contributed to motorist safety, but may also have contributed to declines in pedestrian and cyclist safety. Wider, straighter highways could lead to motorist speeding, which not only increases the likelihood of crashes with a pedestrian or cyclist, but also the probability that those crashes will cause death or a serious injury. More recently, however, transportation agencies are beginning to focus on ensuring that roads provide safe mobility for all travelers, not just motor vehicles. To do so, as discussed in the next section, transportation agencies may install facilities specific to pedestrian and cyclist use, such as separated bike lanes, which can make road users feel safer. For example, according to FHWA’s Separated Bike Lane Planning and Design Guide, since separated bike lanes are physically separated from vehicular traffic, almost all cyclists report feeling safer as a result of the separation.

This may not be a big surprise to many readers of this blog, since these are issues we write about again and again (see also: “Mercer Street: King of the Stroad“). But it should be a big deal for national, state and local transportation policy. Because road projects all across the country continue to repeat these mistakes, knowingly sacrificing the lives of people outside of cars in a futile effort to move more cars faster.

It is immoral to design roads this way. Such projects show essentially the same respect for life as the one driver in five who flees the scene after killing someone on foot. Maybe in the past leaders and engineers didn’t know how dangerous these projects would be for people outside of cars (that’s an argument for another day). But now we know for sure. Can our leaders really point the finger at hit-and-run felons when they commit essentially the same crime on a much larger scale?

The report notes that funding is a challenge to retrofitting dangerous streets to be safer for everyone. But that’s a flaming pile of garbage. Congress just passed a big new five-year transportation funding bill called the FAST Act. It includes hundreds of billions of dollars in large part from the general fund — so paid for by everyone now matter how much you drive, if you drive at all — with most funds directed to highways. The funding is there, Congress just chose not to spend it on safety.Without serious and large-scale action, people biking and walking will continue to make up a greater portion of roadway deaths across our nation. So with significant safe streets investments on tap thanks to the Move Seattle levy, our city must be a national leader that demonstrates how to remake dangerous streets and get results.But our nation also needs to turn its thinking about transportation on its head. We are doing everything almost exactly backwards, spending general funds on new and wider highways rather than creating a sustainable funding plan for maintaining the roads we already have and investing in safe transportation for everyone.So big thanks for Rep. Larsen for helping to lead by ordering this report. I hope it helps to sound the alarm about this public health emergency. Below are more details on American biking and walking deaths (full report PDF): 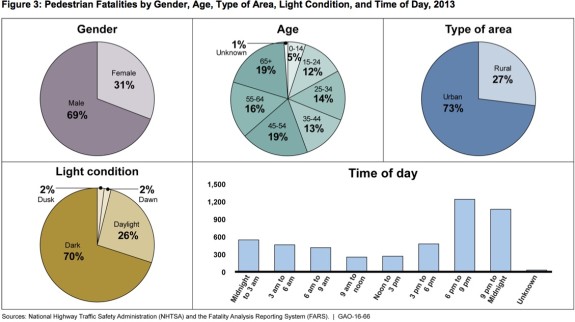 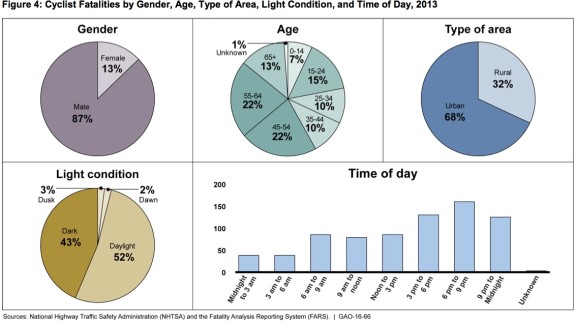