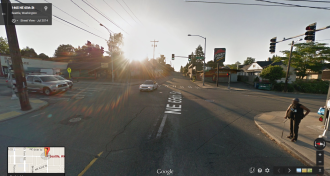 A person suspected of driving under the influence struck and killed a 45-year-old who was biking in Ravenna late Saturday, according to Seattle Police.

UPDATE: The man killed has been identified as Andres Hulslander, according to the King County Medical Examiner. The Seattle Times reports that he lived in Seattle since the early 90s and moved to Lake Forest Park earlier this year. We will update when we learn more about him.

The 29-year-old behind the wheel of a red 2002 Subaru Impreza was arrested and booked into King County jail on investigation of DUI. More charges could be added pending a Seattle Police traffic collision investigation.

UPDATE: The Seattle Times reports that Lucas McQuinn is now facing a vehicular homicide charge and is being held in lieu of $100,000 bond.

A police spokesperson did not yet have details about how the collision occurred. Major traffic collision investigations can take weeks or months to complete. UPDATE: Police say in a Blotter post that both were headed eastbound on NE 65th St when the suspect struck the man biking from behind.

Our deepest condolences to the family and friends of the person killed.

UPDATE: A Seattle Fire Department spokesperson said when crews showed up to the scene, they found the man (who they estimated was about 25) has “suffered heavy trauma.” His bike was found 50–75 feet from his body. They conducted CPR and rushed him to the hospital.

Remember, thank a first responder. They work some horrible scenes and see things we all would like to pretend never happened.

I also confirmed with SDOT that, from I can tell from my reporting and from what the city has tracked, this is the first death of a person on a bike in Seattle in 2015. It’s also the first death since Sher Kung died on 2nd Ave in August.

Before Kung, it had been 15 months since a person biking died on a Seattle street.

UPDATE x2: “ghostbikeguy” posted these photos in the comments with the note: “Ghost bike is up. Please stop making me do this, Seattle.” 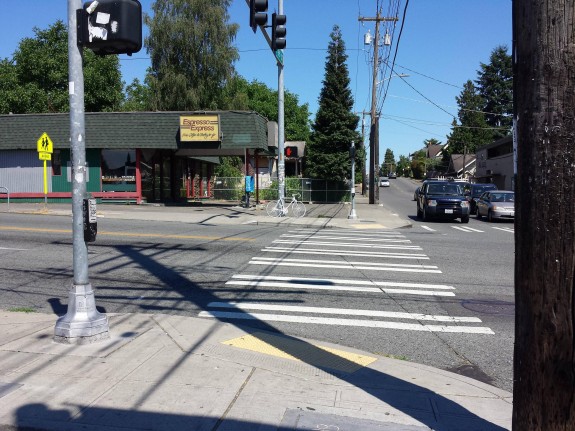 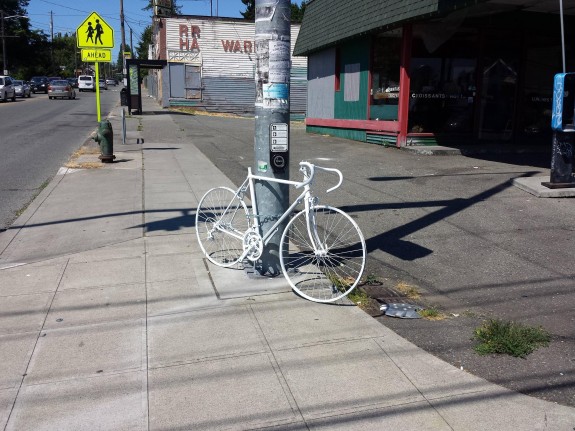 A 45-year-old cyclist was killed in the Roosevelt neighborhood Saturday night after he was struck by a suspected intoxicated driver. Police arrested the 29-year-old driver at the scene.

SPD Traffic Collision investigators believe the driver of a red Subaru was headed eastbound on NE 65th Street around 11 PM Saturday night when he struck the cyclist from behind near 15th Avenue NE.

Numerous witnesses called 911, a medics transported the 45-year-old bicyclist to Harborview Medical Center, where he later died from his injuries.

Officers examined the 29-year-old suspect at the scene, and determined he appeared to be intoxicated. Police booked him into the King County Jail for Investigation of Vehicular Homicide.