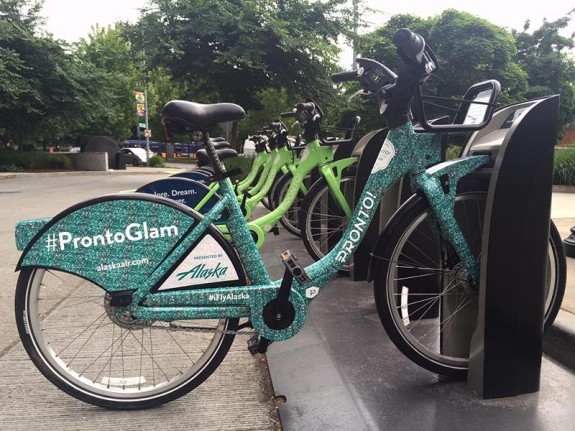 If you find the #ProntoGlam bike you should not only post an image on social media using the hashtag, but I believe you are also legally obligated to sing Christina Aguilera’s 2010 song “Glam” while riding it.

The special bike is the latest “unicorn” bike promotion, a one-of-a-kind Pronto bike among 500 identical green bikes. Though riding the special Pride-themed bike assures that you will look awesome, post a photo to Twitter, Instagram or Facebook using the hashtag #ProntoGlam and you will also get a chance at winning a prize.

“Better be ready for your photo op. Step in the light for your perfect close up. Let’s get glam.” – Christina Aguilera, “Glam” 2010

We’ve been riding proud since 2014, but—this June—Pronto is getting even more glamorous than usual. In celebration of Pride Month and the long-awaited sparkle of summer, we’re releasing one limited edition glitter bike called #ProntoGlam. From June 1 – 30, ride in style and leave a little sparkle wherever you go.

THE GAME
Step 1: Catch #ProntoGlam!
Follow the glitter glam road, and find the most fabulous bike in the fleet. It might be glimmering at a station or cruising around town. When you see it: point, smile, wave, soak up the sparkle, and…

Step 2: Take a photo!
In the wise words of Madonna, “Don’t just stand there, let’s get to it. Strike a pose, there’s nothing to it.” Show Seattle that you can shine bright (like a diamond) by posting a picture to Facebook, Twitter, or Instagram with the hashtag #ProntoGlam. Make sure your profile is public so our team can see when you’ve posted. Great creative and…

Step 3: Cross your fingers!
We’ll be giving away some seriously awesome prizes every week. We’re looking for fun and interesting photos, and we’ll choose 15 winners throughout the month. Winners will be notified on the social network that they post.

There are two new Pronto stations! One is in Yesler Terrace and one is in the Denny Triangle. (UPDATE: The Terry/Stewart station is held up by construction, but should be running “in the next couple weeks,” says Pronto) 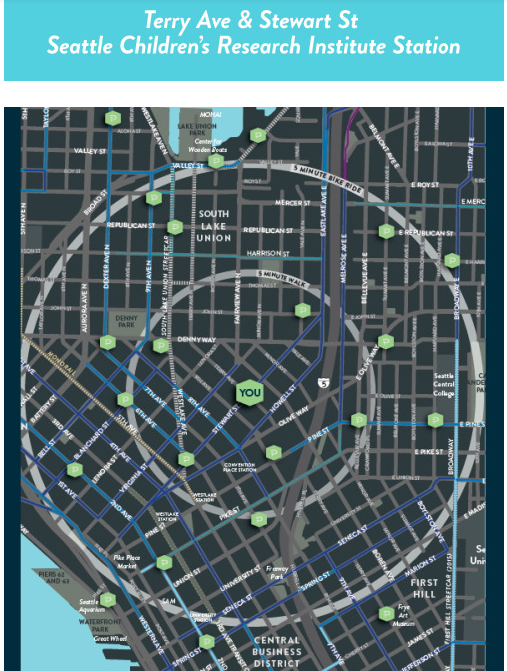 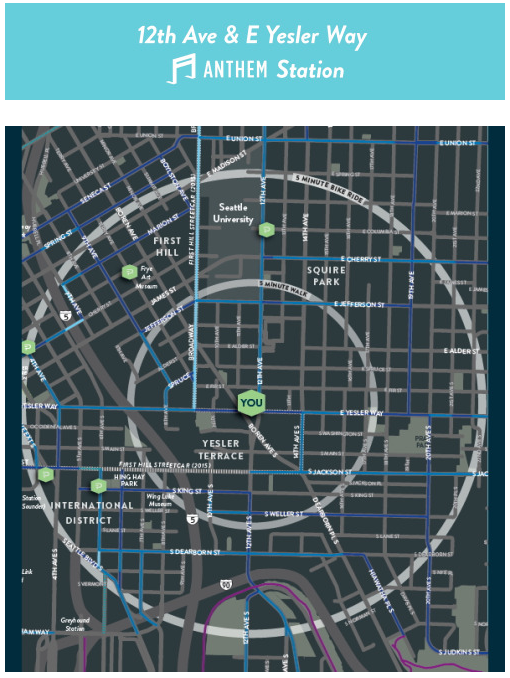