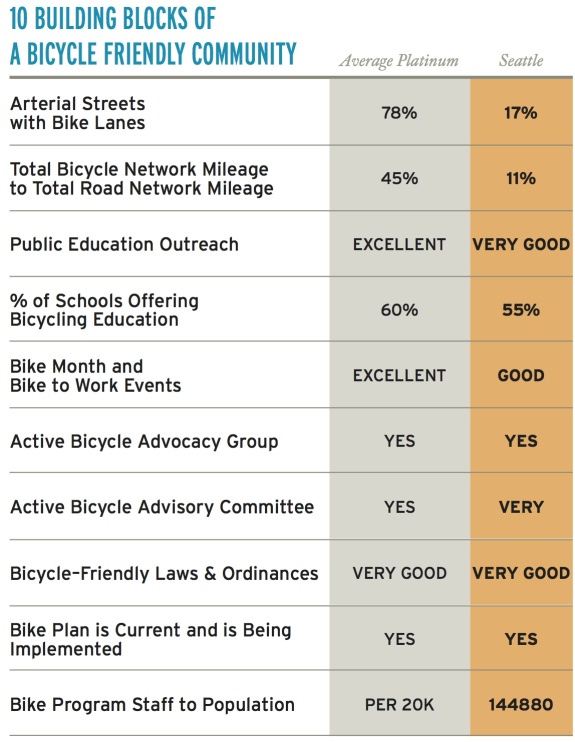 Seattle is, once again, a gold-level bike friendly community, according to the League of American Bicyclists.

While Seattle is the only gold-level community in Washington State and one of only four US cities with populations larger than 300,000 to achieve gold status, the reconfirmation of gold status shows that the city is not doing enough to be a true top-tier leader in becoming a truly bike-friendly US city.

The good news is that Seattle has done a lot of work to get up to speed on advocacy and planning. But the city has a whole lot of work left to do to build a complete and connected network of bike lanes and neighborhood greenways. Despite what some angry talk radio hosts or Seattle Times commenters might say, only 17 percent of Seattle’s arterial streets have bike lanes. That’s far lower than the platinum city average of 78 percent.

Seattle has a lot of work to do. 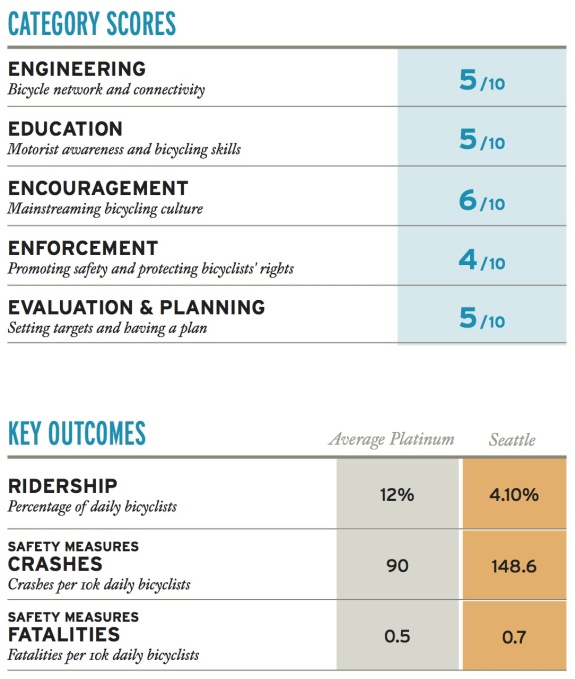 The League does have advice for Seattle as it tries to get in shape for its next application for Platinum status:

Founder and Editor of Seattle Bike Blog.
View all posts by Tom Fucoloro →
This entry was posted in news and tagged bicycle friendly communities, league of american bicyclists. Bookmark the permalink.