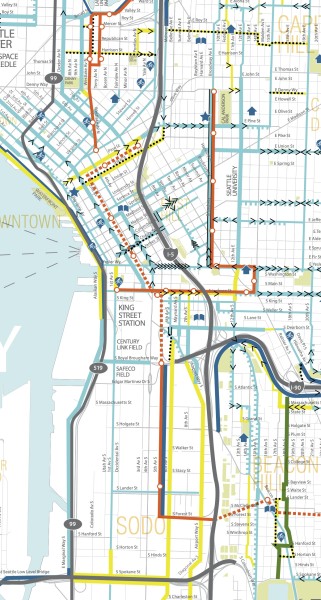 The city has released the official 2014 bike map, and it comes with an updated color scheme to help highlight routes with the most protection from moving traffic.

You download a PDF version of the print map at the bottom of this post. If you want to score a print copy, you can order one online for free. Just give your address and Washington Bikes will mail one to your house. How cool is that?

The city also has an interactive online bike map that shows bike routes according to your cycling confidence level. For mobile users, there’s also a really nice mobile version.

While the print map looks nice, some key issues still persist. The biggest issue, in my opinion, is that it is somewhat difficult to predict the stress level of each route based solely on the lines.

For example, some busy streets without bike lanes are marked in a skinny blue line because they are marked with sharrows. Others are marked with thick yellow lines to signify busy streets without bike lanes that are commonly used as bike routes. From the perspective of someone on a bike unfamiliar with the area, these experiences are essentially the same, since sharrows do very little to improve the biking experience.

However, the city is aware of these issues and announced at a recent meeting of the Seattle Bicycle Advisory Board that they are planning a big remake of the map for 2015. Next year’s map may make an effort to mark bike routes according to stress level. That way, instead of just telling people what kind of bicycle facility exists, the map will tell people what the biking experience will feel like.

Is it an all-ages-and-abilities facility like a neighborhood greenway, a trail or a protected bike lane? Is it a route for somewhat confident people, such as a paint-only bike lane? Or is it for fearless people who don’t mind mixing with fast-moving traffic?

The redesign may also be a chance to integrate other ideas into the city’s bike map. If you have any ideas or suggestions, post them in the comments below. We will post more about this redesign when the city gets into the process. 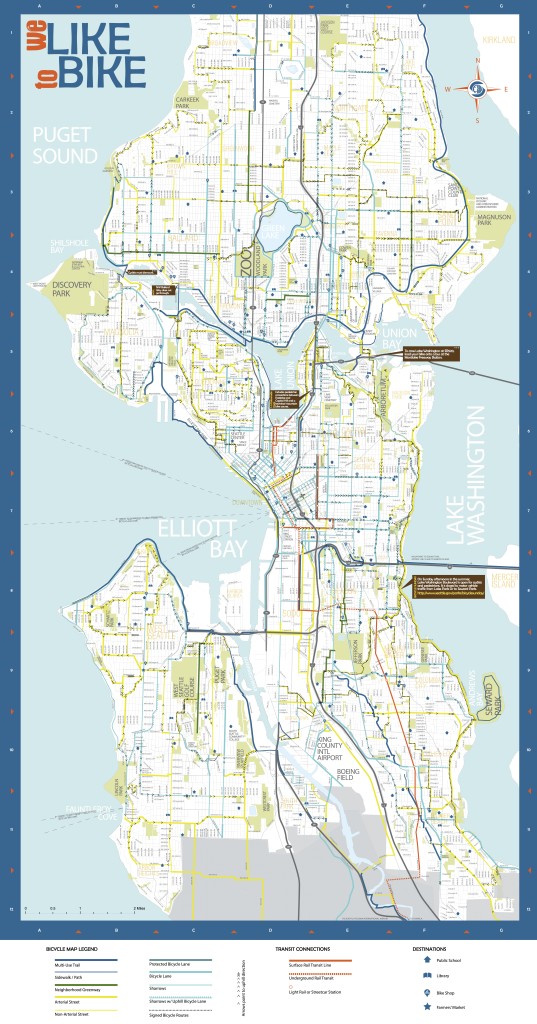