Feds make it easier to install traffic signals for bikes

The Federal Highway Administration has removed a layer of red tape that should make it much easier and cheaper for states, counties and cities to install bicycle-specific traffic signals.

The memo posted below goes into rather dense detail about the decision, but Seattle’s Traffic Engineer Dongho Chang simplified it to us this way:

“It makes it much easier for us to install new bicycle signals.”

Bike signals are a vital part of many protected bike lanes because they avoid turning conflicts that plague many of the old-style bike lanes we are used to in Seattle. For example, a common problem with bike lanes occurs when a person driving makes a turn directly in front of someone in the bike lane (“I didn’t you there”).

You are certainly familiar with one inadequate way the city has dealt with this problem: Simply make the bike lane disappear shortly before a major intersection. This, of course, results in a much less comfortable biking experience that is unappealing to most people. 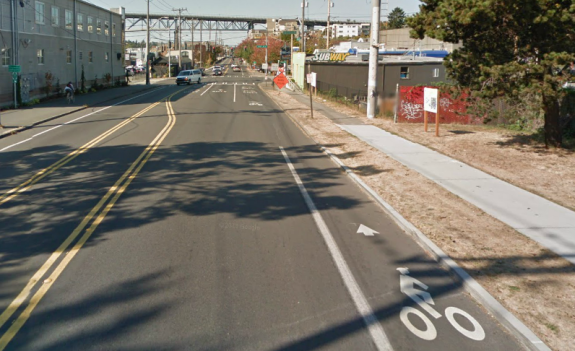 Hey, where did my bike lane go? Image via Google Street View 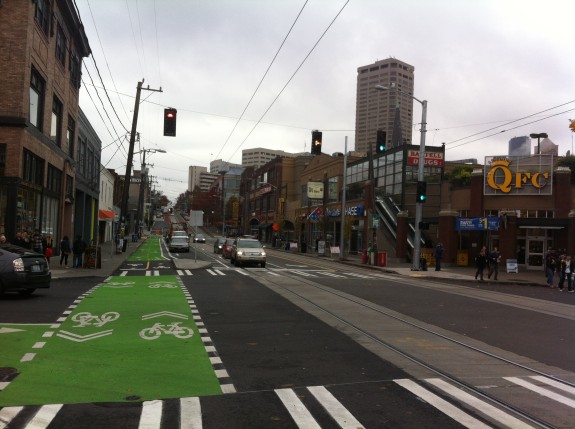 This bike signal at Broadway and Pike is red when left-turns have a green arrow. When the bike lane gets a green, turns have a red.

The city already has a couple bike signals in action (34th and Fremont Ave, Linden Ave, and Broadway), but they were installed under “experimental” conditions and were not included in traffic design standards. Now, the city is much more free to install them as standard elements of bike projects.