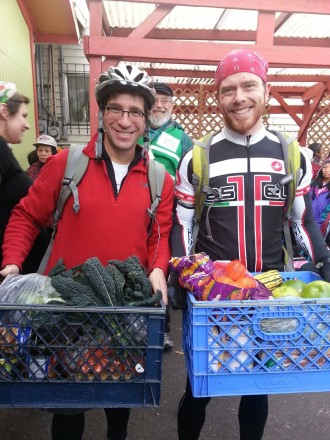 2013 was the year that Cranksgiving broke. Seattle’s Fourth Cranksgiving exploded in size, with a stunning 126 people biking to grocery stores and food stands all across the city, buying food for Rainier Valley Food Bank.

Big thanks to everyone who came out for the ride. I’ve been having a blast looking through all the photos people have been posting to the event page on Facebook.

Great weather, some wonderful and unexpected promotions from KEXP and Publicola, and the hard work of Kelli Refer in gathering prizes and spreading promotions led to far more participants than we were expecting. We ran out of everything, and our after party venue was bursting at the seams.

These were great problems to have, and shows us that Seattle’s Fifth Cranksgiving is going to need to be bigger and better. I can’t wait. 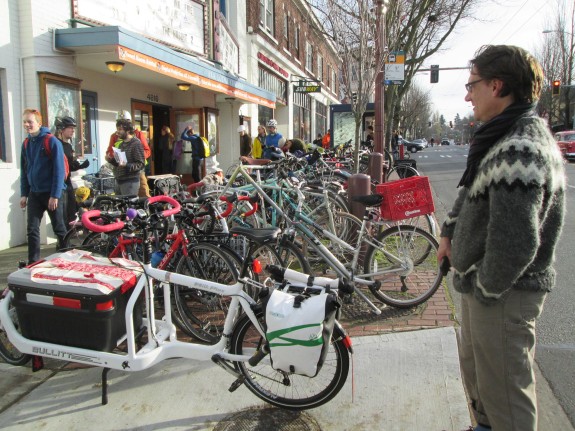 So many bikes at the after party. Photo by Merlin Rainwater.

Big thanks to the event sponsors. This was the fourth year Seattle Bike Blog has sponsored and organized Seattle’s Cranksgiving. Ark Lodge Cinemas was very gracious in offering a space for the after party and in dealing with our far-larger-than-expected crowd. Bike Works saved the day by letting us borrow their temporary bike parking equipment (pictured above).

But most importantly, big thanks to Rainier Valley Food Bank for being a great community service, and thanks to all of you for helping out and making the day a big fun success! 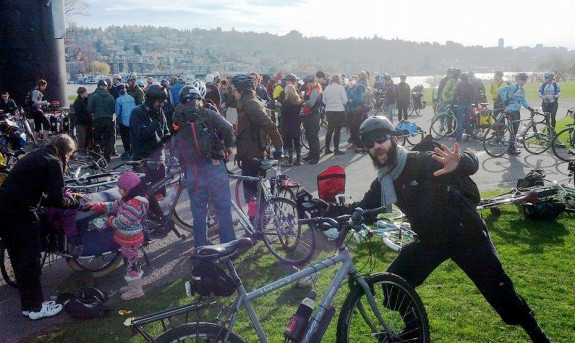