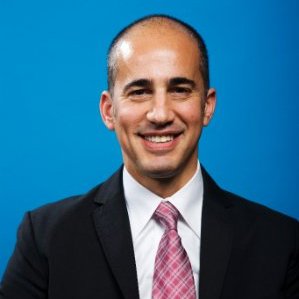 Formerly the leader of get-out-the-vote organization Washington Bus, Goldstein is also a longtime bike supporter in Seattle (see, for example, this Seattle Times op-ed from one year ago). He has also served on the board at Bike Works.

Goldstein will replace Evan Manvel, who was let go recently after about a year on the job.

We are excited to welcome Thomas Goldstein, formerly of the Washington Bus, as Cascade’s new Advocacy Director.

A seasoned public-sector leader, political strategist and educator, Goldstein joins Cascade with a wealth of experience and a strong determination for an even brighter future.

As the Executive Director of the Washington Bus, Goldstein led the agency from its start-up phase to youth-vote sector dominance, creating compelling civic education and leadership opportunities for young Washingtonians and innovation across the state.

Goldstein has also served on the boards of directors for the Vera Project, Bike Works and the Bus Federation, and continues to be a strategic advisor to various foundations and leading philanthropists.

No stranger to bicycling, Goldstein is a founding member of Bike Works, an active Cascade event rider and a regular bike commuter.

“I was sold on Cascade’s mission when I rode my first STP twenty years ago,” said Goldstein. “Today, Cascade is uniquely positioned to ensure that we deliver on the promise of the Seattle Bicycle Master Plan. We will work with Puget Sound leaders to create an integrated, appealing and safe bike boulevards, paths, neighborhood greenways and trails.”