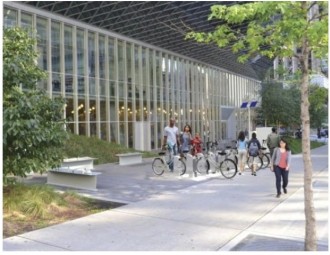 At an estimated cost of $8 per day or $85 per year (prices have not yet been finalized), access to the bikes is affordable. But that price may still be steep for some of Seattle’s very low income residents and people without access to consistent shelter and food. It will also be more difficult or impossible to use without a credit or debit card. On the other hand, low-income and homeless people were also hardest hit by the 2012 demise of King County Metro’s free-ride zone, and mobility remains a challenge.

Bike share could be a boon for people who today have no dependable way to get around town, and Real Change reports that Puget Sound Bike Share is looking into partnerships and discounts to help low-income residents take advantage of the public bike system set to launch in spring 2014.

Low-income people who can’t afford to buy a bike but still want to ride may soon have a chance to pop a wheelie: Seattle’s upcoming bike-share program will likely offer discount memberships.

“The idea is really to make this program accessible to everyone,” said Holly Houser, executive director of PSBS.

For those with little or no income, access may be a hurdle because participation in the program requires a payment, often in the form of an annual membership. At this point, no annual membership fee has been set, but Houser said it will likely cost between $75 and $85.

Houser said PSBS, which is a nonprofit, has a mission to ensure people from underserved communities can participate in the program. Access for low-income people may be made possible through discount rates, she said, and the nonprofit may explore partnerships with social service agencies that would cover the financial liability for clients who use shared bikes. No cost has been proposed for a discount membership, she said.