SDOT on how to use two-stage left turn boxes 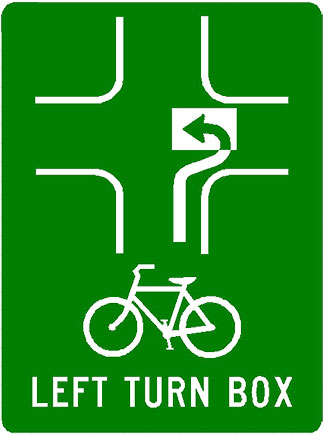 As part of the much-heralded Cherry Street protected bike lane project (you know, the one prompted by a now-famously polite crew of guerrilla bike advocates), the city also installed its first modern-style left turn box at the intersection of Cherry and 7th Ave.

While not a dramatically new idea (the city has installed several bike boxes for this purpose in the past. 34th and Fremont Ave is probably the most-used), the new box is unique in the city because it is in front of the crosswalk and because it has a handy arrow to help people figure out how it is used. Basically, it is a bit more intuitive to use.

The city highlighted how to use it with this little video: