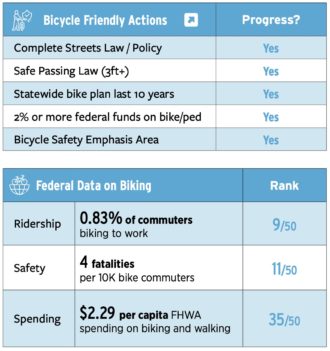 “For the first time since the Bicycle Friendly States ranking began in 2008, a state other than Washington claimed the top position,” wrote the League of American Bicyclists in their summary of their 2022 Bicycle Friendly States report. However, Massachusetts and Oregon should enjoy their victory while they can because Washington has already taken major action to address the area where the state was docked most of its points: Funding. The 2022 ranking is based on data from 2021, so it does not include Move Ahead Washington, the major transportation funding measure passed in March. Move Ahead Washington includes $1.29 billion for “active transportation” projects.

Washington’s reign as the top state in the Union for bicycling is the result of a lot of hard work from advocates and some WSDOT staff and state legislators. But being the most bike-friendly state has for long been a rather low bar. Our headline for the last ranking in 2019 (they did not release rankings in 2020 and 2021 because, well, you know) was “Other 49 states still seemingly uninterested in being more bike friendly than WA.”

Washington’s report card recommends that the state invest more federal Highway Safety Improvement Program funds into projects to increase safety for nonmotorized users. Other than that, it mostly praises actions by the state such as its efforts for include environmental justice in its transportation planning and its creation of the Safe, Healthy, Active Streets program during the pandemic. 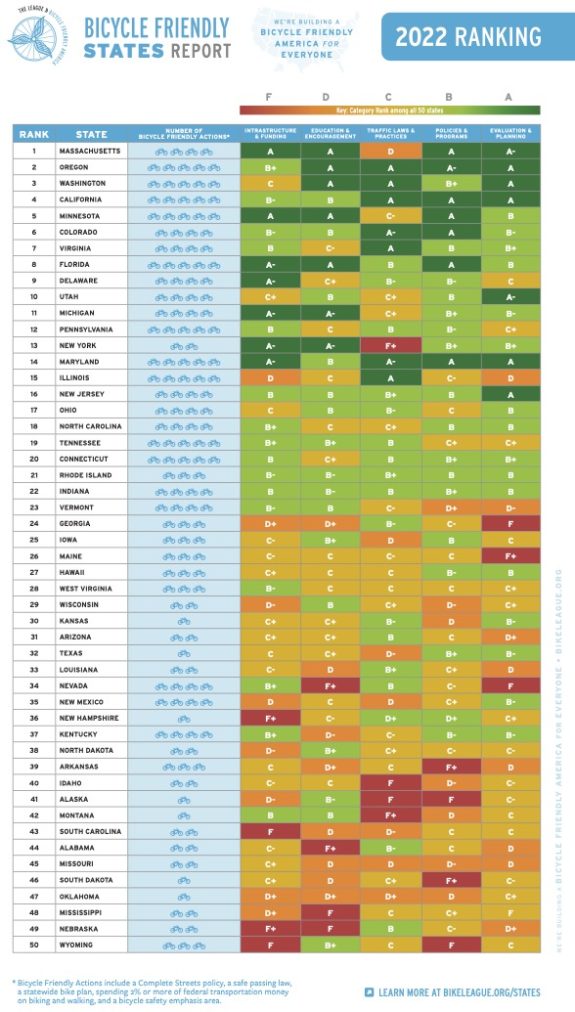 Founder and Editor of Seattle Bike Blog.
View all posts by Tom Fucoloro →
This entry was posted in news and tagged league of american bicyclists, wsdot. Bookmark the permalink.