Vote! How to find a drop box, replace a missing ballot, register + More 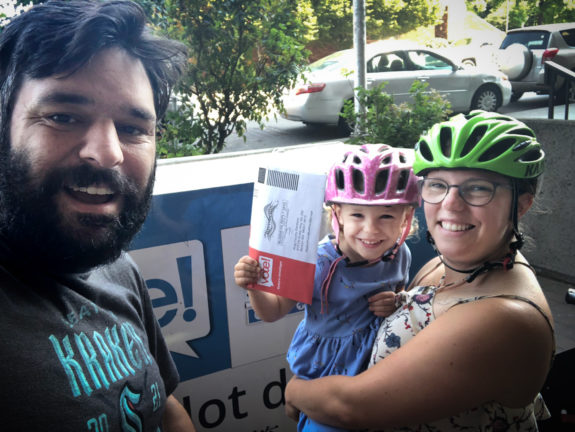 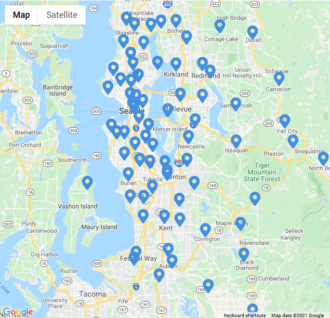 Look at all these ballot drop boxes! You can also mail it, but drop box will get there faster.

The primary election is tomorrow (August 3), and turnout in King County was sitting at a mere 13% as of Friday evening. That’s too low.

But you are a Seattle Bike Blog reader, so you are engaged and vote in every election already (you do, right?). So what we really need is for you to personally contact friends and family members to make sure they vote, too. And if they say something like, “Oh, I don’t know where my ballot is,” tell them they can still vote.

It’s not even too late to register. Just head to a voting center (including Lumen Field in Seattle) during open hours (King, Snohomish, Pierce). You can register and vote at the same time. You can also simply head to a voting center if you didn’t get your ballot and don’t feel like navigating the elections website to figure out how to print a replacement.

If you do have your ballot sitting around the house, don’t let it go to waste! Summer primaries have a way of sneaking up on people. But it’s a short ballot without many difficult decisions. There are a lot of really great people running for very important offices, and this is our chance to make sure the best possible slate of candidates are on the November general election ballot. Low-turnout elections tend to over-represent conservative voters, and your vote could easily be the one that decides who gets the second spot on the ballot. That’s a big deal.

And hey, biking to a drop box is a great excuse for a ride.

1 Response to Vote! How to find a drop box, replace a missing ballot, register + More