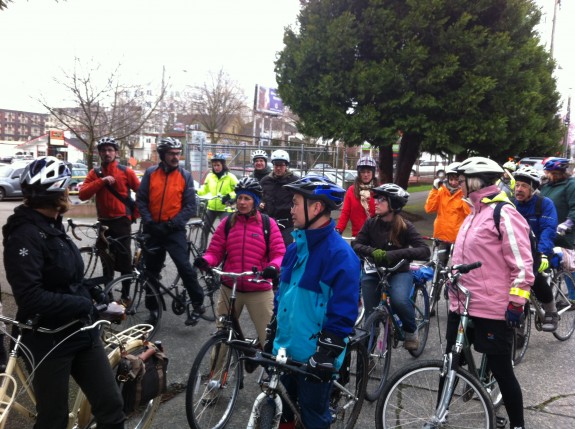 Seattle is a better city because of Dongho Chang. There may not be another public servant working in our city in the past decade who has had a greater impact on so many people’s everyday lives. Since 2012, Chang has forever revolutionized what it means to be a traffic engineer in our city by bringing a level of personal care and genuine love for his community that has made him something of an unintentional local hero. He has had a direct impact not just on the physical shape of our streets but also on the culture of SDOT’s professional staff.

Chang is leaving SDOT to become State Traffic Engineer for WSDOT, the agency where he started his career before working in Everett and then Seattle. His last day at SDOT is September 15. This is wonderful news for Chang, WSDOT and communities around the state.

Many people may know Dongho Chang best from his Twitter feed, an oddly compelling tour of new and old transportation infrastructure around Seattle. But to me, it’s never been the content of the tweets that was impressive, it’s the reason he is visiting all these sites in the first place. Chang is constantly observing and learning, noting how people actually use the city’s infrastructure (regardless of the intent behind the design). As City Traffic Engineer, his job could technically be done almost entirely in an office by looking at plans and reviewing engineering manuals, yet he is seemingly everywhere. He takes the real world outcome of his work seriously and personally, and simply satisfying the rules in a dusty engineering manual is not good enough for him. The solution needs to actually work for people, and observing it in action from as many perspectives as possible is the only way to know if a design has succeeded. So when he posts a tweet about a new bike lane or signal or whatever, that’s probably what he’s doing.

Chang also genuinely listens to community feedback, and I have never once seen him assume the posture that he knows better because he is a high-level professional traffic engineer. He doesn’t get defensive, and he’s not too proud to take another look at a design to make it better. Perhaps the best example, and the story that first brought him national attention, was the way he responded to the Reasonably Polite Seattleites and their 2013 guerrilla bike lane on Cherry Street. He didn’t chide them for breaking the law by gluing plastic posts to the newly-painted bike lane. Instead, he thanked them, apologized that SDOT had to remove the posts, and then offered to return them. Then he made their design permanent just a few months later by installing officially-designed posts.

Chang responds directly to people who message him about a street safety concern, and he makes sure their concerns find the right person in the department. This might sound like customer service work that is far below his pay grade, but direct constituent interactions like these are one way he stays grounded and in tune with how the city is and is not working for people. Yeah, it’s unusual for a top level traffic engineer to be handling reports of improper construction detours and things like that, but it’s part of his work ethic and has become part of why people trust him.

WSDOT has historically focused mostly on cars and trucks at the expense of all else. But under Transportation Secretary Roger Millar, the department has been moving in recent years toward a more holistic and complete understanding that the roads they manage are parts of the communities they travel through. Chang brings the next logical step: Putting that vision into everyday practice.

When Chang says that safety is SDOT’s top priority, he genuinely and fully means it. It is not a platitude to him. He is a true believer in Vision Zero. He knows Seattle will reach zero traffic deaths and injuries, and that professional traffic engineers have a duty to work with that goal at the forefront of all they do. I look forward to more people at WSDOT viewing their work through this lens.

But his departure also feels like a signpost marking the end of an era at SDOT, which now has an enormous hole to fill. I joked with Dongho that SDOT will need to hire five people to replace all he does, but that might not be far from the truth. The agency probably should acknowledge that the work he did for our city extended beyond the job of Traffic Engineer. But I’m hopeful that the core culture of the department has shifted since Chang joined in 2012. It’s a big department in a big city, and it should not rely on any one person. A lot of people have learned from him, and the department is pointing in a good direction even if it sometimes feels like it is standing still. Now it’s time for new leaders to step up to turn the city’s ambitious safety, climate change and equity goals into reality.

Thank you for all you’ve done for our city, Dongho. Seattle Bike Blog wishes you the best in the new position.

This entry was posted in news and tagged dongho chang, sdot. Bookmark the permalink.