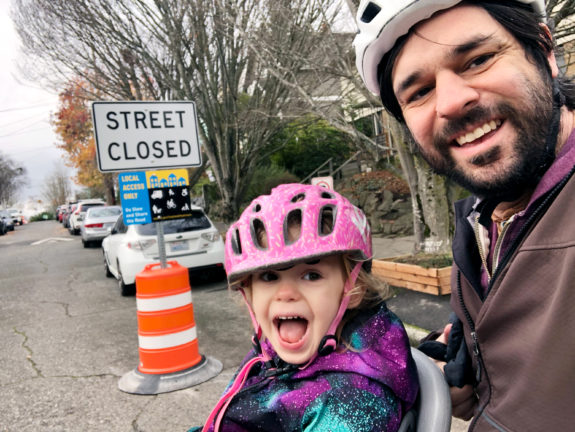 The City Council has proposed $2.5 million to make many of the city’s Stay Healthy Streets permanent and another $300,000 to fund the popular Café Streets program through 2022 as part of the $128 million Seattle Rescue Plan to “kick start the city’s recovery,” according to a City Council presentation (PDF).

Seattle Neighborhood Greenways celebrated the news and put together a handy online form you can use to voice your support for the funding. The form letter also supports an amendment from Councilmember Lisa Herbold “to use future funding to make Keep Moving Streets permanent on Alki Point, Green Lake, and Lake Washington Boulevard.”

Thanks to popular demand last summer, Mayor Durkan committed to making 20 miles of the pilot Stay Healthy Streets program permanent, starting with streets in Greenwood (1st Ave NW) and Lake City. The City began community engagement to design the final look and feel of the streets, but hadn’t found funding — until now!

In May, City Council unanimously passed an extension of permits for Cafe Streets through May of 2022, which this new proposal would fund. We will be working hard to make this successful program permanent.

Thank you for your continued advocacy!