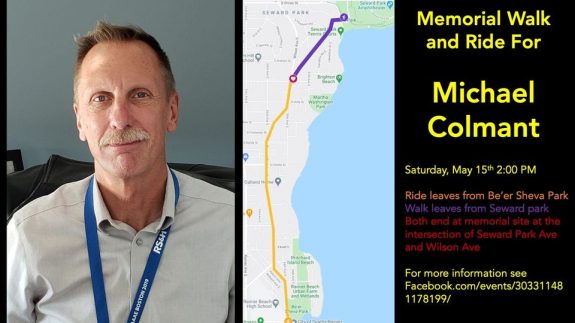 From the event listing. 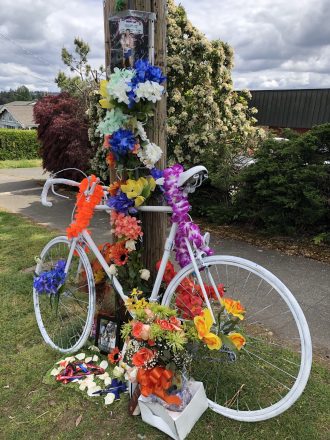 A ghost bike in memory of Mike Colmant near the site of the collision.

Mike Colmant was a father, grandfather, triathlete, and Deputy Director at Boeing Field. He was biking on Seward Park Ave S just north of Wilson Ave S when someone drove on the wrong side of the road and struck him, killing him before fleeing the scene. Police have not posted any updates in the case. Colmant was 63.

His death April 11 led to an outpouring of love from friends, family and colleagues. A white ghost bike memorial sits near the location of the fatal collision, overflowing with flowers, a Clif Bar, a small airplane, mementos from Boeing Field, a photo of him cycling in a race, Hawaiian leis, and a photo of him holding a child after completing the 2000 Hawiian Ironman competition. Someone wrote “We love you Mike” on the telephone pole.

Just over a month after his death, friends and family will join Seattle Neighborhood Greenways for a memorial walk and ride 2 p.m. Saturday that is open to the public. The walk will start at Seward Park and the bike ride will start at Be’er Sheva Park. Both will meet at the site of the ghost bike, where friends and family will speak. You can also contribute to a GoFundMe set up to help his family in British Columbia with all their costs, including the added difficulty of crossing the border during the pandemic.

Michael was passionate about swimming, running, cycling, and aviation. He was a dedicated colleague at King County International Airport, helping lift up people of color in his profession. He was a loving father and caring friend. He should still be with us, and will be missed.

As requested by the family, we are also shining a light on the fact that SE Seattle’s District 2 has had double the number of fatalities as any other Council District. We must do better to reach Vision Zero. So we are hosting a memorial walk and ride this Saturday to give a voice to the family and bring attention to these safety disparities. If you’re able to, please consider attending in support.

When: This Saturday, May 15th, at 2:00pm
Where: The ride will start at Be’er Sheva Park next to the intersection of Seward Park S and S Henderson St.
The walk will start at Seward Park, just north of the entry way traffic circle.
Both will meet at the crash site where friends and family members will speak. 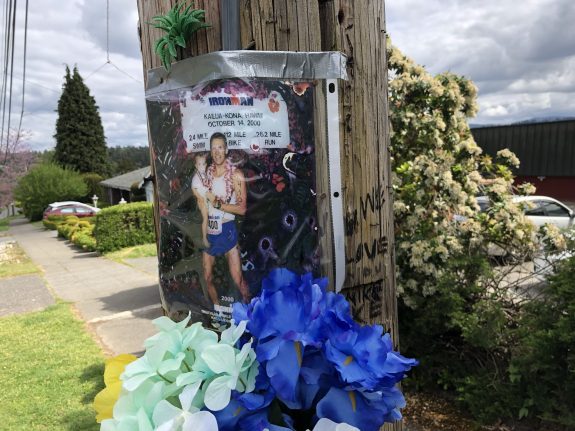 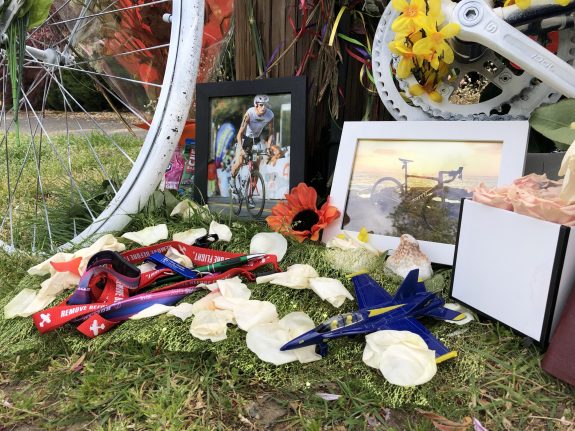