Quietly open: the first phase of the Central Ridge Greenway

City crews are putting the finishing touches this week on a new Neighborhood Greenway on 18th Avenue in the Central District, the first phase in the long-planned Central Ridge Greenway. Along with the normal speed cushions and stop sign adjustments that come with most greenway improvements in Seattle, this corridor now has one of the best arterial diverters in the entire city, at 18th and Jackson Street. 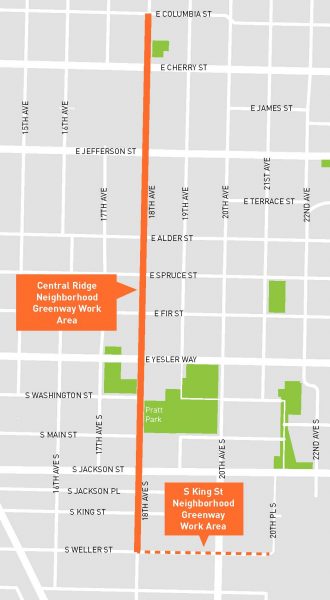 The first phase of the Central Ridge Route.

The brand-new traffic signal at Jackson prohibits car traffic from continuing across the intersection with plastic barriers and posts, and includes automatic detection for cyclists at the designated waiting area. It also features a nifty light letting you know that you’ve activated the signal, though every time I’ve visited the intersection it’s been activated at all times (which works well also). It’s a clear contender for the best intersection upgrade in Seattle in the past couple of years. 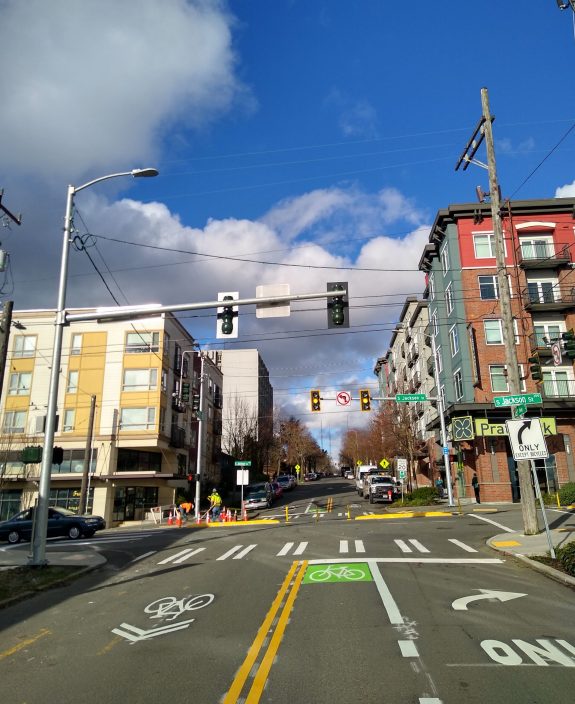 The intersection of 18th and Yesler also includes brand new bike boxes with signal detection, no button pushing needed on this greenway, which is pretty great. 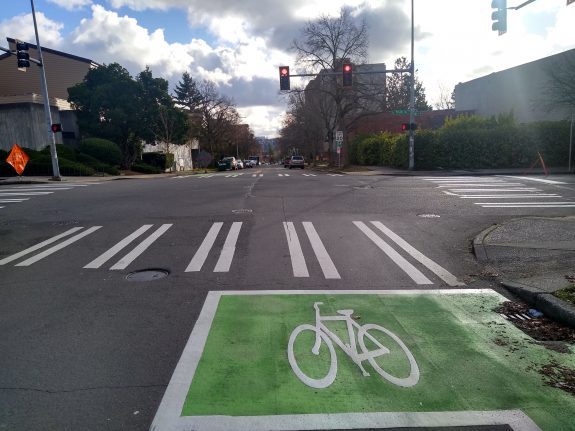 Between Cherry and Jefferson Street, 18th hasn’t gotten any upgrades yet, but a planned expansion of Swedish Hospital to the east will be including streetscape improvements. These unfortunately fall short of making real traffic calming on the greenway, missing a unique opportunity to really create an amazing streetscape that isn’t centered around traffic driving through the block.

Construction is just ramping up on the hospital expansion so it will be a while before those changes are fully implemented. 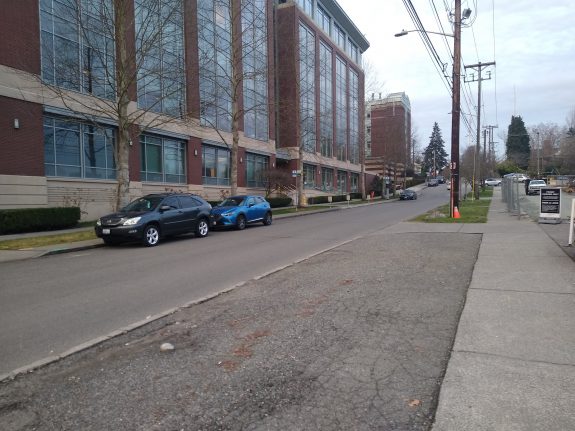 Current view of 18th next to Swedish which is planned for streetscape upgrades. 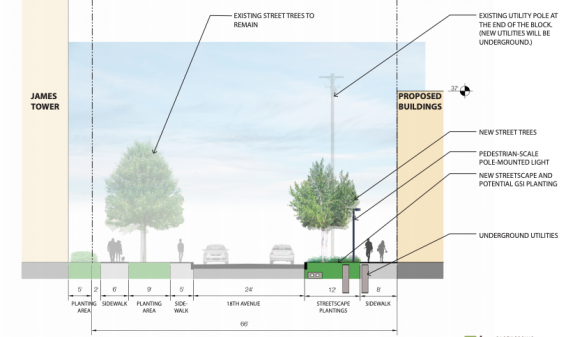 Planned streetscape changes at Swedish, which do not change much about the dynamics of the block.

Extending the greenway north to Volunteer Park, in phase 2, has run into funding difficulties. SDOT now says that they do not have enough funds to construct the entire project, and have asked the Move Seattle levy oversight committee for permission to divert that funding to the Stay Healthy Streets program. The pedestrian and the bike advisory boards voted against that earlier this month. That doesn’t mean nothing is planned north of Columbia.

The Madison RapidRide project will be installing a new signal across Madison Street at 18th Ave, one of the highest-stress points on the current route. Currently there are no markings whatsoever across the expanse of Madison here, and sightlines aren’t great. Adding a new crossing here will be the biggest improvement that would come with the next phase of the greenway. The intersection with Union Street is also getting improvements as part of the planned protected bike lane later this year. 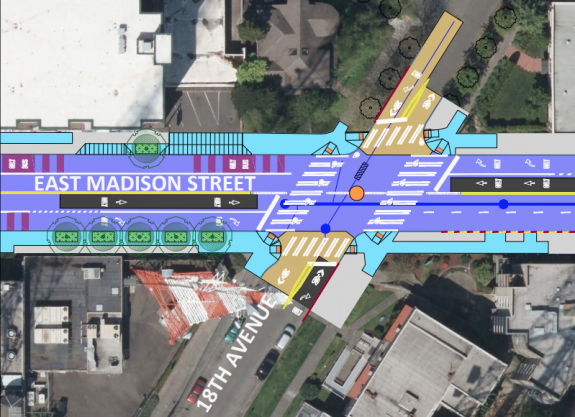 Upgrade to Madison and 18th planned with the RapidRide project.

18th Ave north of Columbia already has some existing greenway elements, including chicanes installed in previous decades. And a Neighborhood Street Fund project a few years ago added curb extensions and a marked crosswalk to the intersection with Thomas Street. 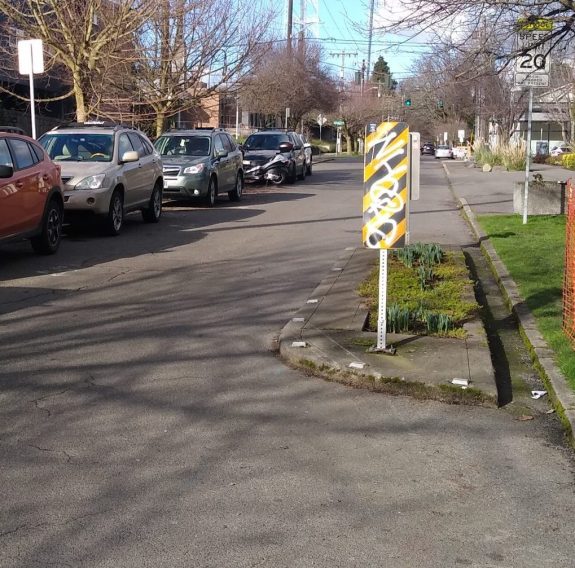 A greenway on E Republican Street was installed in 2020.

We could be getting creative about completing the Central Ridge’s route to Volunteer Park. If the greenway was routed onto 14th Ave rather than 16th, using the Republican greenway, the project could take advantage of a Your Voice Your Choice project that is already adding flashing crossing beacons at the arterial crossing of Aloha Street.

Ultimately though, the upgrades that are still planned for this route will make the biggest difference, turning what was already a pretty popular route into a better connection to the King Street greenway and now the bike lanes across the Jose Rizal bridge to Beacon Hill.

5 Responses to Quietly open: the first phase of the Central Ridge Greenway