Ballots are in the mail. And ejecting that complete monster from the White House is not the only thing on the ballot. For one, you’ll have a chance to help give local transit a fighting chance in the very difficult years ahead.

Proposition 1 will not save transit on its own. The pandemic has done enormous damage to our region’s transit system, decimating ridership and leading to huge cuts in service. At the same time, the economic fallout has also impacted other sources of transit funding. I doubt anyone fully understands the extent of the challenge transit faces in coming years, but it is certainly big. Definitely bigger than what Prop 1 can deliver.

However, that is no reason not to vote for Prop 1, which would invest $39 million per year in Seattle transit service, affordability and equitable access programs, and capital improvements like bus lanes and signal changes to reduce bus delays. These are vital investments.

And our transit efforts were working before the pandemic hit. As we reported recently, transit commuting by Seattle workers topped 25% in 2019, the first time this has happened in current memory. Transit commuting has carried over half of downtown workers for years. The city can only function with a quality transit system in place. All hopes for an economic recovery hinge on it, let alone hopes of meeting our climate and equity goals.

Prop 1 would renew and slightly expand the sales tax portion of the Seattle Transportation Benefit District. The extra sales tax will not fill the hole left by I-976, which sought to dramatically limit the use of vehicle license fees used to fund transportation districts around the state. That initiative was successful in 2019, though legal challenges are ongoing. With the outcome uncertain, the city couldn’t feasibly send a possibly illegal tax to voters. So the vehicle license fee was removed. It’s not the measure anyone wishes we were voting on, but it’s the measure we have. 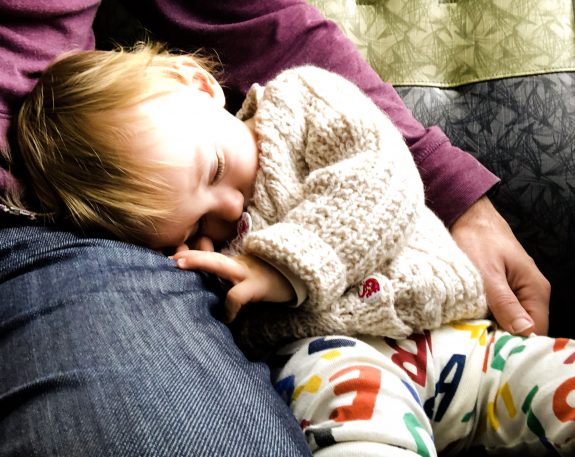 I have deeply missed taking non-essential bus trips. My toddler and I used to just hop on a bus and take it somewhere new. She didn’t care where we went, she would just ask to ride the bus. I enjoyed those trips so much. Thinking back to rainy bus rides to museums or to find coffee shops with kid rooms, it hurts. None of that has been possible this year. We are all feeling so much loss and pain this year in so many different little ways in addition to the big ones that get most the attention. But those little losses add up.

Voting YES on Prop 1 won’t allow me to wake up November 4 and hop on a bus with my daughter to go play in a crowded kids play room inside a local business. It won’t even prevent service cuts for the many people who rely on transit every day. But it will make six years of investments we will need to help rebuild a city with freedom of mobility for everyone.

Voting YES is also one small way that I can reject the crush of cynicism that has been building throughout a year when everything seems to get worse and worse. Voting YES almost feels like an act of faith. I believe in Seattle and all of its people. I believe the people have a right to move freely around their city no matter their race, ability or how much money they have. I believe the city has a moral obligation to cut the climate-destabilizing emissions we release. And I believe in the power of the people of Seattle to succeed together.

Over the past four years, our horrific Federal leadership has set us way back. Our state leadership has failed to provide communities with the options we need to address our problems (many state leaders are on the ballot this year, vote for the ones who will do the right thing even if it is politically difficult). Our county leadership chose not to step up to the plate and at least try to pass a regional transit initiative. And our very poor Mayoral leadership has delayed, reduced and cut so many of our remaining walking, biking and transit plans that the city will fail to deliver its 2016 Move Seattle Levy promises. In 2020, even a small step in the right direction feels like a triumph.

Your role today in fighting for our city probably looks different than you once imagined it would. The cause of safe and sustainable transportation has understandably fallen down the priority list. Many of you are in the streets protesting against racist police and so many other systems of oppression. Thank you. Many of you are campaigning and phone banking for close campaigns at home and across the country. Thank you. And many of you are just hanging on and getting through another tough day. Thank you, too.

One thing I know for sure is that we will not stop fighting for a better future no matter what happens. My daughter needs us to keep fighting. She is worth it. We are all worth it. We will put out these fires together, and we will start building again. We will replace every politician who abandoned our values when the going got tough, and we will elect new leaders who actually believe in and care about every single member of our community. And we won’t stop after we vote.

I believe in SDOT and the many professionals there (or soon to be there) who don’t let the callous tools of engineering obscure their love for their community. I believe in the voters of Seattle, who will support massive public investments if leaders would just be honest about how much it will cost. And I believe in us all to keep organizing and fighting in our own unique ways to make it all happen.

Founder and Editor of Seattle Bike Blog.
View all posts by Tom Fucoloro →
This entry was posted in news and tagged 2020 propostion 1, yes for transit. Bookmark the permalink.