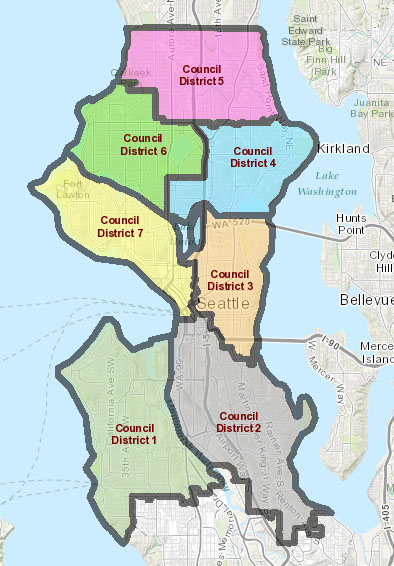 District 1 should reelect Lisa Herbold to the Seattle City Council.

Herbold has not been bad for biking, walking and transit, but she has at times been lukewarm to the bold changes needed to shift many more trips from cars and trucks to transit, walking and biking. For example, she considered proposing an amendment to water down the recent bike safety ordinance, but pulled the idea before it reached the Council floor (and then voted in favor). So that earns partial credit I suppose.

As noted in our voting guide for the primary, Herbold most directly butted heads with biking advocates when she fought against saving the beleaguered Pronto Cycle Share system. Though it is worth noting, as hard as it is to say so, that she was probably right. Though we did not see private dockless bike share coming at the time, it’s hard to imagine Pronto surviving once Lime, Spin and ofo hit the streets in much larger numbers and for much less money (at least less money to get started). The time may yet come again for public bike share in some form, but Pronto wasn’t it.

But all this is purely academic because as noted in our primary guide, her opponent Phil Tavel would be terrible on the Council. I mean, the guy’s primary campaign website (since updated) claimed that bike and bus lanes “eliminated parking spaces and impacted the viability of personal vehicles as a transportation option.” He also vowed to fight to protect free car parking, which he says is “One of District One’s unique qualities.” What an insult to his district! Don’t listen to him, District 1, you have so much more to offer than acreage of asphalt reserved for free car storage.

His website has since been updated and now talks about the need to reduce driving and praises “micro-mobility” like electric bikes, though he offers no support for bus and bike lanes. Has he had a change of heart? I am skeptical.

In their endorsement, Washington Bikes wrote:

Herbold has helped hold the city accountable to following through on key transportation projects in her district – including the Georgetown to Southpark trail and retaining bike improvements within the Delridge Rapid Ride project. In her response to our questionnaire, Herbold adds that in order to fund planned bike routes, money from traffic cameras and new revenue sources must be dedicated specifically to bike projects.

The Transit Riders Union wrote: “Lisa is a dedicated public servant, a smart and effective leader, and a strong ally to grassroots movements and groups like TRU.”

She has also been endorsed by Seattle Subway (PDF).