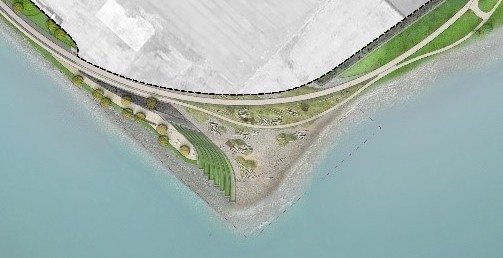 Expedia has been working on rebuilding a section of the Elliott Bay Trail near their under-construction future headquarters in Interbay for the past year, and they’re nearly ready to unveil the new trail and open space improvements.

They’re hosting a celebratory walk and bike ride Saturday morning with Cascade Bicycle Club. So if you want to be among the first to bike the new trail, get down there at 8 a.m.

The centerpiece of the remake is a wider curve where the trail transitions from the industrial Smith Cove area to the Elliott Bay waterfront. Formerly a sharp turn in the trail with a sudden, breathtaking vista, the new trail comes with new open space so people can actually stop and enjoy the view. And this view is one of the best in the city.

Join Expedia Group and Cascade Bicycle Club for a morning bike ride or stroll and learn more about the trail, the campus and our efforts to protect the local environment and improve public waterfront access.

Stop by to enjoy coffee and snacks! 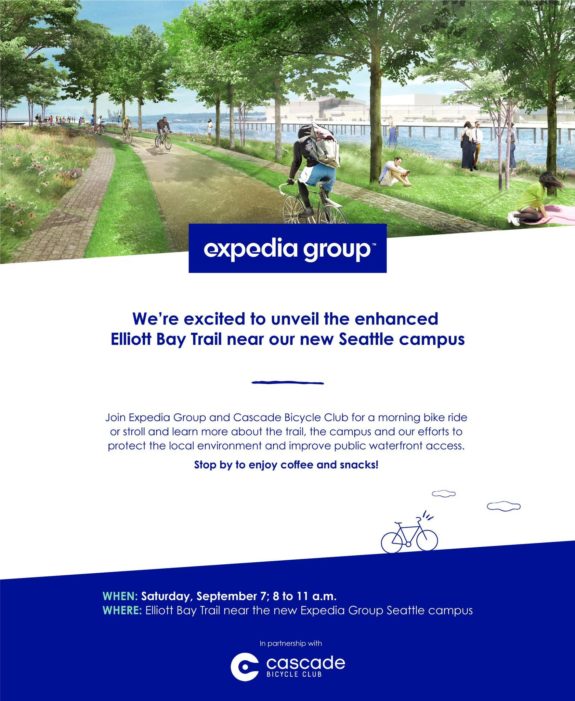 Founder and Editor of Seattle Bike Blog.
View all posts by Tom Fucoloro →
This entry was posted in news and tagged elliott bay trail, expedia, interbay. Bookmark the permalink.