The first Bicycle Sunday of 2019 is this weekend 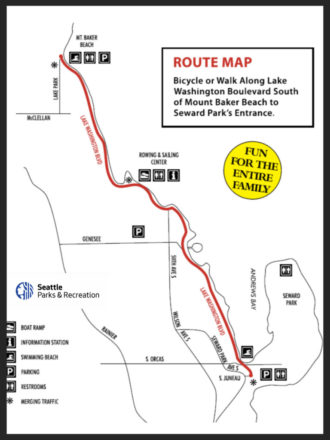 It’s time for the first Bicycle Sunday of the year!

The classic car-free event will follow its usual route on Lake Washington Boulevard between Mount Baker Beach and Seward Park from 10 a.m. to 6 p.m.

As we reported earlier this week, Outdoors For All will be in Seward Park for some of the Bicycle Sunday dates offering free adaptive cycle rentals as part of a partnership with SDOT paid for using bike share fees. Take note that the first such event is not until June 16.

Founder and Editor of Seattle Bike Blog.
View all posts by Tom Fucoloro →
This entry was posted in news and tagged bicycle sunday. Bookmark the permalink.