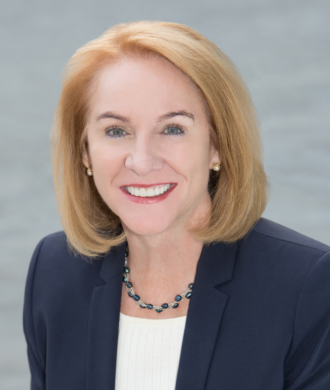 Congratulations to Teresa Mosqueda on joining the City Council and Lorena González on retaining your Council seat. Their elections further bolster the already strong support on Council for bold action to improve biking and walking access and safety in our city. Seattle’s City Council is in a very strong position to do great things.

Seattle voters made clear in the primary that an attitude of fighting change, whether that’s about building more housing or prioritizing biking, walking and transit, will get crushed at the polls. That continued into the general election, especially shown in González’s landslide win over Pat Murakami.

Congratulations also to Jenny Durkan. she will be Seattle’s next mayor and the first woman to hold the office since the 1920s (as of press time, the Seattle Times has called the race, but Cary Moon has not conceded. UPDATE: Moon has conceded.). Women now hold six of nine City Council seats.

Seattle Bike Blog endorsed Durkan’s opponent Cary Moon. Moon has a very strong understanding of our city’s multimodal transportation needs and was passionate about focusing on these needs. Durkan also speaks generally in favor of multimodal transportation and the need for a network of downtown bike lanes, but she never made it a central issue for her campaign. She was also non-committal on specific issues, like completing the Burke-Gilman Trail. That just means all our city’s amazing safe streets advocates and community organizers gotta keep at it.

I am hopeful that Durkan will continue SDOT’s multimodal goals as established by existing plans (like the Bike Master Plan) and as funded by the Move Seattle Levy. SDOT’s problems in recent years haven’t come from the department’s high-level goals, they have come from a lack of follow-through. There are many great public servants at SDOT, but department needs clear leadership and political cover from the Mayor’s Office directing them to take the bold action needed to truly prioritize walking, biking and transit. That’s our only path out of endless car traffic and all the public health, economic and environmental problems that traffic causes.

Seattle Bike Blog also endorsed the losing candidate in 2013, so this is not a new situation. The Ed Murray administration’s best transportation days happened early in his term, with SDOT Director Scott Kubly given the freedom to create the 2nd Ave bike lane as a demonstration of the potential downtown bike lanes can offer. That project also demonstrated that the city can deliver on its transportation plans and goals, a vital need if the city were going to win the voter trust to pass a $930 million for transportation funding the next year. They did.

When SDOT and the Mayor’s Office are on the same page and SDOT staff trust the mayor won’t throw them under the bus as soon as people start pushing back against needed changes, the city can accomplish amazing things. When political backing is less certain, SDOT staff start being timid and cutting back projects. When projects get cut back, they lose both their effectiveness and the popular support behind them. And that’s when public trust in the department starts falling apart. More than anything else, people want to know that the transportation leaders steering this ship know where they’re going and believe they can get us there.

Our advice to Mayor-Elect Durkan is that she goes for big wins rather than “everyone loses” compromises. And I hope her office sees our city’s dedicated safe streets advocates as powerful partners who can help bold projects succeed rather than a group they need to tiptoe around and appease just barely enough to keep quiet (that won’t work, by the way).

Our advice to safe streets advocates and organizers is to give Durkan and her office the space to become champions for safe streets and to learn on the job. Don’t be immediately critical of the Durkan Administration over issues the office did not have a real chance to deal with yet. There are real staff members behind her social media and email accounts, and you want them to like working on safe streets issues.

I have been frustrated by the adversarial relationship that has developed between many neighborhood level advocates and SDOT/the Mayor’s Office in recent years. Sometimes a vicious cycle can develop where SDOT deeply disappoints people working for changes, then those advocates understandably speak out, then SDOT and the Mayor’s Office retreats or stops communicating, then advocates get more frustrated and speak out more, and on and on.

This is a chance for everyone to break out of that cycle. Hit reset. Look for some early wins to celebrate together, then build on them. If popular support and the city can get on a roll together, that’s how big and bold change will be successful.

As a reminder of where Durkan stands (or, in some cases, equivocates) on transportation and safe streets, here is a short Q&A from the lead-up to the general election:

Seattle Bike Blog: During the primary endorsement, free-floating bike share companies had not yet begun service. Now there are thousands of bikes operating in the city, and initial results showed that people made 120,000 trips in the first two months. As mayor, will you continue SDOT’s current pilot bike share effort and work to develop a permanent bike share permit? What role do you think the city should play to help bike share succeed in Seattle (if any)?

Durkan: I am pleased with how I’ve seen the current pilot bike share efforts work in our community. I will continue to monitor the programs as we scale them. We can see an increase of young people and people of color taking advantage of these programs especially in the South End. One critical goal of the pilot phase, in my opinion, was to determine how the bike parking system functions outside of fixed stations and ensuring that private operators are adhering to bike rack rules. We must continue to monitor this as the pilot programs are expanded.

Bike share programs can be a key way to accomplish increase bike ridership in our city, if they are properly executed. Benefits include reducing traffic congestion and emissions, and our carbon footprint. They also promote and provide better fitness. Bike sharing is a practical transit option that should become an integrated part of our transportation system for commuters, other residents, and tourists. The city should encourage exploration of these programs, but should always be conscious of potential unintended consequences.

Durkan: I support a basic bike network. A safe and connected network is essential. I will work with city departments, key partners, and stakeholders to explore how to best implement the Bicycle Master Plan and the Center City Bicycle Network to accomplish this. I am supportive of a basic bike system to make cycling safe, accessible, and low-stress, especially for beginner or casual bicyclists as quickly and meaningfully as possible.

SBB: As mayor, will you support the Burke-Gilman Trail Missing Link compromise route SDOT is currently designing through a stakeholder process? The latest timeline shows ground-breaking in May 2018. Will you work to keep the project on schedule?

Durkan: I am committed to finishing up the missing link on the Burke Gilman – this is an essential transportation corridor. I also recognize that this conversation has been going for more than 15 years and there has been compromises made by many stakeholders and significant progress on finding an acceptable route. I want a route that is safe, supports local retail and industrial business and cycling. The hearing examiner is currently reviewing an appeal on the EIS and I await that decision.

I am committed to getting this piece of the trail built while I am mayor.  I will have staff pay close attention the DAC process to ensure that this trail is safe, affordable and designed to function well. I want that process to work so we spend time and resources building this last link instead of in court. I am committed to working with biking advocates and stakeholders to finalize and implement the best design.

SBB: Do you bike regularly? Why or why not?

Durkan: Not as much as I’d like to. I am a recreational biker, and I enjoy biking with my family. It was hard to bike to work when my office (as US Attorney) was all of Western Washington from Canada to Oregon. But one of the things I love about Seattle is the natural beauty here woven throughout our city, and biking is a wonderful way to unlock the beauty of our city.

And here are our notes from her performance at a safe streets and housing forum during the primary:

Jenny Durkan has the most money in the race, reaping a lot of the financial support from people who had supported Mayor Murray. She also has an impressive C.V., having served as US Attorney from 2009-2014.

She played it mostly safe during the forum, often saying, “I agree with most of what’s been said.”

She didn’t say much to dislike, and she also didn’t equivocate on her support for walking and biking.

“To get people out of cars, we need to make it safer for bikes and pedestrians,” she said. “We need sidewalks in all neighborhoods.”

She also gets the connection between transportation and housing, saying, “We have to have more affordable housing, and it’s directly tied to our need for equitable transportation.”