Today (Tuesday) is that last day to weigh in on the Pike Pine Renaissance through the partnership-designed project’s online open house.

The vision has been developed over years by Waterfront Seattle, the City of Seattle and the Downtown Seattle Association. The planned project will be funded by a combination of donations, a local improvement district, and government funding. The city has already started testing some of the elements of the plan, including protected bike lanes and expanded public space in front of the 3rd/Pine entrance to Westlake Station.

The vision for the stretches of Pike and Pine from 2nd Ave to Melrose includes a big increase in the number of trees and other greenery along the corridor, much wider sidewalks, bus lanes and protected bike lanes.

This plan is pretty incredible. It is an immense reimagining of these special Seattle streets as places for people, not just pipes for moving cars like they can feel today.

The plan should develop a better solution for people biking through the brick-paved section of Pine between 5th and 4th Avenues. The city’s pilot bike lane is currently testing whether the bike lane and general traffic can safety and comfortably merge into this mixed space, and it’s not working. There needs to be some kind of separation between people biking and people driving cars and buses. Or the plan could make this block car-free. The brick paving does not magically make mixing people biking and busy traffic a comfortable experience.

I also hope the plan closely studies ways to make sure a switch to one-way streets between 9th and Melrose does not encourage speeding and make it more dangerous to cross the street on foot. Having two lanes in the same direction dramatically reduces the likelihood that both people driving in the two lanes will stop for a person crossing the street on foot (AKA a “multiple threat“), a problem the plan should be looking to mitigate. For example, one of the two lanes could be bus-only, or bus-only during peak hours and parking (or public space) off-peak.

Here’s a top-down look at the current design: 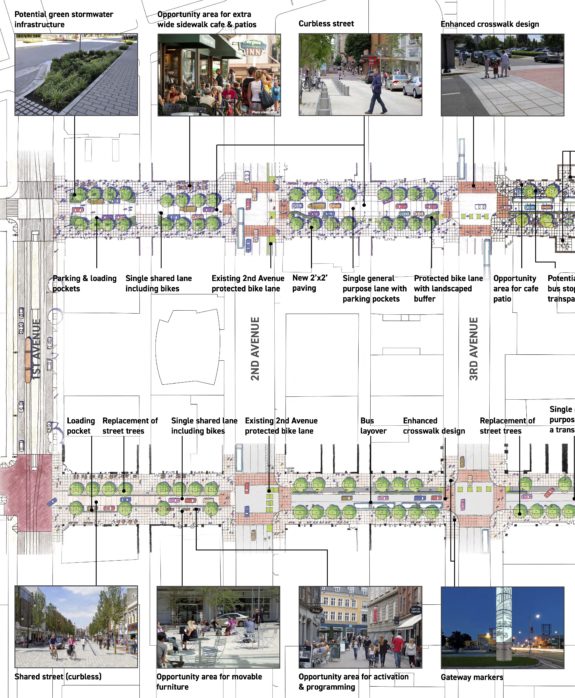 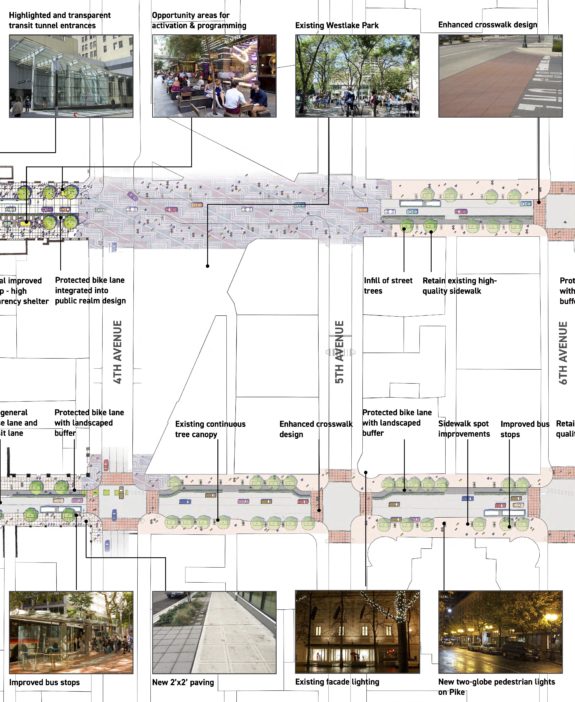 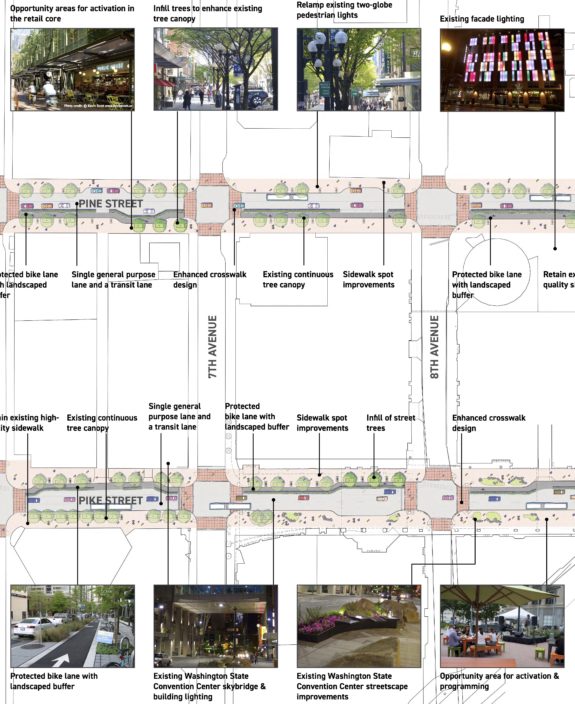 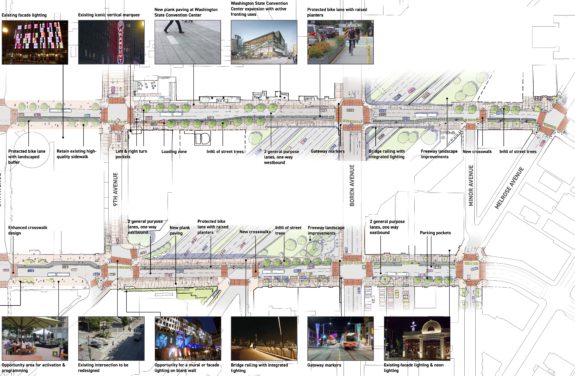 And some hot before-and-after action:

You can see more of the design and leave your comments on the online open house.

Founder and Editor of Seattle Bike Blog.
View all posts by Tom Fucoloro →
This entry was posted in news and tagged pike pine renaissance, pike/pine. Bookmark the permalink.