Global bike share giant ofo has received its permit from Seattle and will launch 1,000 of its yellow bikes Thursday.

Seattle is the company’s first U.S. city, joining Spin and LimeBike on Seattle streets and expanding the city’s $1 free-floating bike count by another 50 percent. Like with the other companies, you will need a smart phone, data plan and credit/debit card to unlock bikes. And the parking rules are the same.  There is one difference with ofo, though: Their $1 gets you an hour instead of 30 min like Spin and LimeBike. The bike share price wars have already begun.

The company raised $700 million is venture capital in July as investors go big on the company’s global expansion potential. That includes the U.S., of course, and Seattle is currently acting as the de facto gateway to the major U.S. city market. Eyes all over the country are on Seattle, waiting to see how our city’s permit rules work out before implementing rules of their own.

Details on the Thursday launch, from ofo:

Why: Meet the ofo US team and test out the technology behind Seattle’s newest 1,000 shared bicycles.

To give you an idea of why investors are so bullish on the company, here’s a very exciting claim in its FAQ: 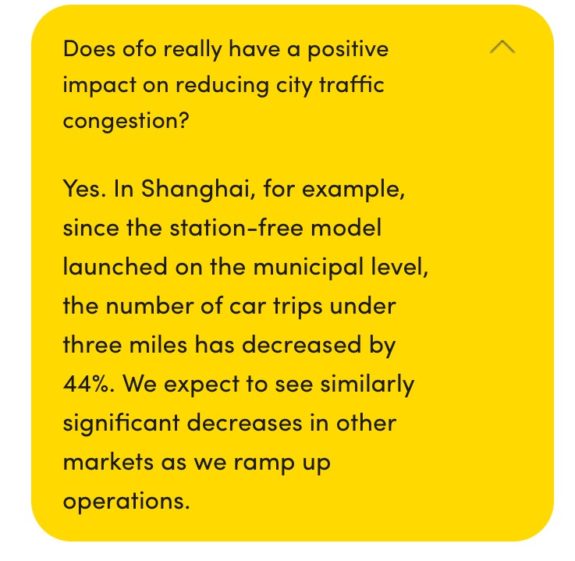