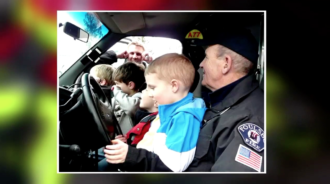 Screenshot from a KOMO News report.

Vlach was on a training ride to get ready for STP when he reportedly collided with someone driving while making a left turn from the southbound SR 3 offramp to eastbound SR 308. The collision is still under investigation.

KOMO produced a good report about Vlach and all the ways he had an impact on his community:

‘He always wanted to help somebody,” said Vlach’s wife Cherie.

Vlach was training for a Seattle to Portland bike ride when he was hit Sunday. He later died at Harborview Medical Center.

We are saddened to say that Lt. Joe Vlach a longtime volunteer of 33 years has passed away as the result of a bicycle accident yesterday. We are all in a state of disbelief that we have lost this man, a great member of the department, grandfather, dad and loving husband. He was a loved member of the community and a careless giver of his time to others, he has touched many members of the community and will be missed.

Here’s the interchange where the collision occurred. Most media reports include a statement from Washington State Patrol blaming Vlach for not stopping at the stop sign, which is unusual since the collision is still under investigation. 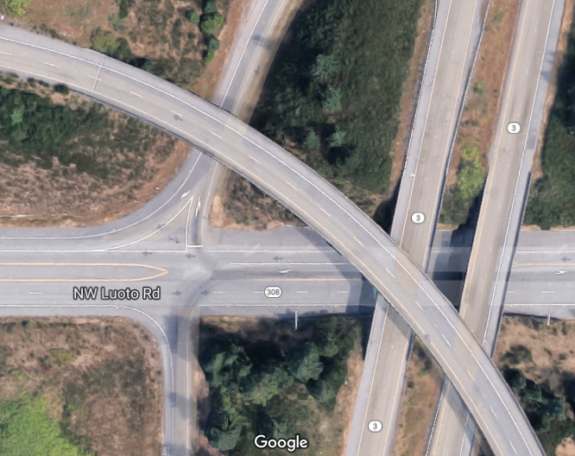 Vlach was reportedly make a left from the southbound SR 3 ramp to eastbound SR 308. Image from Google Maps.