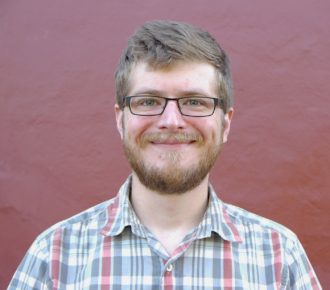 For the past six years, Seattle’s Josh Cohen has been documenting bicycle culture and inspiring people powering cycling movements on his excellent blog and podcast series The Bicycle Story.

So when Cohen announced this week that he is putting The Bicycle Story to rest, I wanted to get his insight on how the culture has changed.

“Over the past six years, there’s been a healthy expansion of what it means to be in a bike culture,” he said. When he started in 2010, most focus seemed to be about “bikes as young white hipster culture and road bikes as middle aged white man culture.”

But over the past six years, “there has been this broadening of how bikes fit into culture,” including the growing family biking movement, increases in bike tourism and “commuters who don’t think of themselves as ‘cyclists.'”

Some of the best profiles and podcast episodes in the Bicycle Story challenge assumptions about who bikes and why people bike.

“My favorites were always when the stories interviewees were telling transcended cycling,” said Cohen. “When it became about politics, or mental illness or something else.”

For example, his 2015 profile of Slow Roll Chicago Founder Oboi Reed begins, “Cycling saved Oboi Reed’s life.” But Reed isn’t talking about biking and health the way you might expect, like getting good cardio or building muscle strength. Reed is talking about mental health.

“He talked about his own struggles with mental health issues, and how bikes helped him get beyond that,” said Cohen. “Not just the experience of riding, but also the community around it.”

Cohen also profiled people like Shannon Galpin, the President of Mountain2Mountain, who in 2014 talked about “how bikes are helping these girls and women find some semblance of freedom” in Afghanistan amid a global conflict and within a patriarchal society.

He also spoke with advocacy leaders like Tamika Butler at the LA County Bicycle Coalition, whose November podcast episode is a must-listen for everyone trying to understand intersectional issues and bicycle advocacy. If you get frustrated hearing people say bike advocates should “stick to biking” whenever they reach into other issues, like housing or social justice, definitely listen to this episode.

If you’re focused hyper-locally, Cohen has also interviewed many awesome people doing great work in Seattle. In 2014, he interviewed Martina Brimmer, founder of Swift Industries (a SBB sponsor). Brimmer talked not only about starting and growing her local bike bag business, but also the empowering force of bicycle adventure. Swift has since grown and recently moved into an even bigger space in Sodo.

In 2014, Cohen also interviewed Ed Ewing, who was then Cascade Bicycle Club’s Director of Diversity and Inclusion. Ewing talked about growing up in Minneapolis at a time when being black and riding a bike — let along racing — was not very common. Ewing pushed through a lot to succeed, and the experience helped him found and grow Cascade’s Major Taylor Project.

Cohen said that after six years, including a 13-episode experiment with podcasting (“There’s a reason good reported podcasts are done by a team of people”), Cohen said it’s time to end The Bicycle Story.

“It ran its course, but in a really good way.”

Cohen will continue working as a freelance reporter, so expect to keep seeing his byline around.

This entry was posted in news and tagged josh cohen, the bicycle story. Bookmark the permalink.