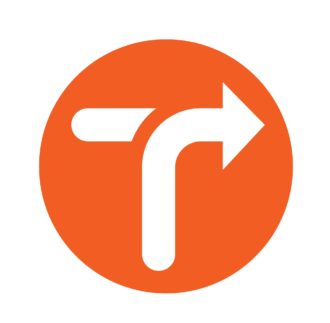 Ever since the election of Donald Trump, we’ve been asking what this means for safe streets organizations. The need for groups to recognize the obvious intersections of safe, healthy streets and social justice is nothing new, but threats and rhetoric by President-elect Trump and some of his closest advisors dramatically ups the urgency.

We already reported on a statement by Seattle Neighborhood Greenways Director Cathy Tuttle. In this vein, a recent statement by New York City’s Transportation Alternatives — one of the nation’s largest organizations working for safe streets — seems like an important entry in the conversation.

TA and many other biking and safe streets organizations were already headed in this direction thanks to leadership by people across the nation working for transportation justice. Their statement followed a national meeting in Atlanta called the Untokening Conference, but Trump’s election seems to have been a catalyst.

Typically, when Transportation Alternatives speaks out, it is to ask the people of New York City to add their voices to the conversation about a new protected bike lane or a law against speeding. This time we need to talk about the violence endured by Black New Yorkers.

In this moment of national uncertainty, it is more important than ever for our community to begin a conversation about the intersection of racial justice and traffic justice.

The facts are undeniable: People of color are disproportionately harmed by traffic violence. Research has shown that drivers are less likely to yield to pedestrians of color. African Americans are more likely to be killed in traffic.

At the same time, African Americans are significantly more likely to be stopped, ticketed, and searched than white drivers. It seems like every other day we hear news of a Black woman, man or child unjustly killed in yet another police-involved shooting. All too often, these tragedies begin with a traffic stop. Philando Castile, Sandra Bland, Terence Crutcher, and too many others have been killed in the aftermath of “traffic safety.”

Transportation Alternatives stands in solidarity with the Black Lives Matter movement. Because we fight to protect New Yorkers in every community, our fight for Vision Zero must also be a fight against institutional, individual and implicit racism.

The pushback on taking stances like voicing support for Black Lives Matter or treading into other social justice work tends to go something like, “Focus on biking and walking.” “This is mission creep.” “You’re going to turn off possible support.” You can see these arguments at work in the comments on TA’s Facebook post. Depressingly, there may be some political reality behind this pushback, especially in the majority of states where Republicans hold some or all of governmental leadership (including Washington).

On the other hand, black lives do matter. And failing to see the goals of social justice as your own is itself an immediate and major failure. It takes a lot of privilege to be able to work in issues of public space or traffic enforcement and not address racially biased policing or the disproportionate number of traffic deaths among black people.