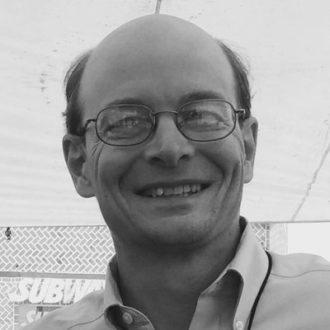 As Seattle gets more and more dense, efficient transit and comfortable walking and biking only become more important by the day.

So perhaps it makes sense to learn from a U.S. city far more dense than Seattle. Which is why we’re excited about this talk Tuesday at City Hall by Jon Orcutt, who was Director of Policy at NYC DOT from 2007–2014 when the city tried some very ambitious changes to their streets and transportation system.

Presentation description: As Seattle grapples with accelerating growth and change, how can the city both adapt its transportation system, improve transit, implement the new Move Seattle Levy, while creating a safe bike network downtown? TransitCenter’s Jon Orcutt will bring his nearly 30 years of experience in New York City and nationwide to talk about the opportunities for Seattle moving forward. Join us for this presentation on Tuesday, June 28 at 4:30 pm at Seattle City Hall. RSVP Today!

Bio: Jon Orcutt has nearly 30 years experience advocating and implementing sustainable transportation in cities. He currently serves as Director of Advocacy and Communications for TransitCenter, a foundation that sparks innovations and supports policies that improve public transportation for riders, businesses and communities via programmatic work and grant making.  Before joining TransitCenter in January 2016, he was a consultant working with governments, organizations and companies on urban transportation strategies, traffic safety, bike share systems and bicycle transportation improvements. Jon was Director of Policy at the NYC Dept. of Transportation (NYC DOT) from 2007 to 2014. As policy director and a key leader behind the scenes at the NYC DOT, Jon Orcutt was described as “perhaps more important than [Commissioner] Sadik-Khan.” There, he oversaw development of NYC DOT’s strategic plan and was a leader of the team that delivered major design innovations to New York City streets. Jon managed the creation of the bike share system and development of the ambitious Vision Zero approach to traffic safety. Jon had previously served as executive director of both Transportation Alternatives and the Tri-State Transportation Campaign, two leading civic organizations in the New York City region.

Founder and Editor of Seattle Bike Blog.
View all posts by Tom Fucoloro →
This entry was posted in news and tagged cascade bicycle club, jon orcutt, transit and bicycles. Bookmark the permalink.