2nd Ave getting upgrades + Extension to Denny possible this year 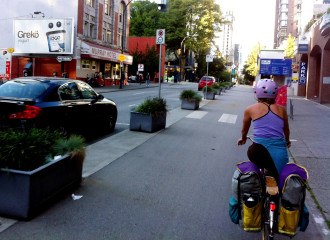 After nearly a year and a half as a pilot project, the 2nd Ave bike lane is getting some significant — and hopefully more comfortable and attractive — upgrades.

Among the improvements are new planter boxes to help separate the bike lane from travel and parking lanes in addition to the existing reflective plastic posts.

We’ve already reported about signal improvements underway to clear up confusion about which signals apply to which lanes. Not all of those will be done by May, but work is ongoing SDOT staff said during Wednesday’s meeting of the Seattle Bicycle Advisory Board.

SDOT staff are also working on a “conceptual” design for a 2nd Ave extension from its current terminus at Pike to Denny Way. There are no real surprises in the concept design since it is very similar to the existing section south of Pike.

The early plans call for new signals at Clay, Cedar and Vine Streets. This is a big deal for nearby businesses and residents because crossing 2nd Ave at these streets today can be scary on foot, bike or in a car: 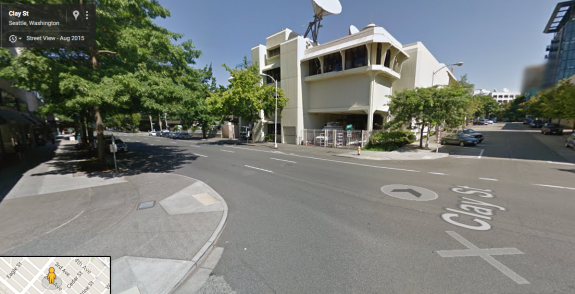 Though other elements of the Center City Bike Network are on hold as the city develops a Center City Mobility Plan (yes, another plan), this 2nd Ave extension is not subject to that hold. The project also already has grant funding. So the city should give this project the green light to be constructed as soon as possible.