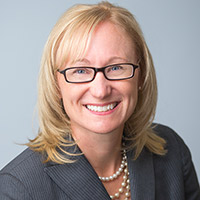 As of Friday, Lynn Peterson is no longer our state’s Secretary of Transportation. And that’s Washington State’s loss.

Peterson came on board with our state’s biggest highway megaprojects already in trouble. And on top of those challenges — including a stalled SR 99 boring machine and cracked 520 Bridge pontoons — an oversized truck struck and collapsed an I-5 bridge over the Skagit River, and a community was devastated in the Oso landslide with vital access cut off when the collapsing hillside also destroyed the highway.

By all accounts (including by Senate Republican leaders, whose Transportation Committee unanimously recommended her confirmation last year), Peterson handled these and other challenges as well as any DOT leader could. Finding quality, competent leaders is hard work, so it’s not usually a good idea to just toss them out without cause or warning.

But Senate Republicans made a clearly political move Friday by surprising everyone with a sudden confirmation vote, effectively using their majority to fire her (the vote split along party lines). She didn’t even get a chance to defend herself or answer any questions. She only had one hour of notice before she lost her job.

This is not a political strategy blog. I have no idea if the Republicans are being savvy or if the ploy will backfire. Politics is messy, and there’s election strategizing going on that’s way over my head. Maybe this is a brilliant move in the endless Democrats vs Republicans chess match that helps Republicans win the Governor’s mansion. Or maybe it blows up their faces and they lose their slim legislative majorities. Or maybe it has no effect other than to fire this one person and make everyone mad at each other. I guess we’ll find out.

But I do know that now-former Secretary Peterson was an asset for our state that we no longer have, and the reasons for firing her seem to have little to do with transportation policy or her management abilities. After all, she helped to craft a transportation package last year with the Republican majority leaders, a highway-centric package that Republicans seemed to like a lot more than us liberal Seattle bike supporters.

I wish there were more I could add, other than to wish her the best and congratulate whatever lucky DOT picks her up next.

Founder and Editor of Seattle Bike Blog.
View all posts by Tom Fucoloro →
This entry was posted in news and tagged 2016 legislature, lynn peterson, wsdot. Bookmark the permalink.