The plans for a protected bike lane on Roosevelt Way NE from NE 65th Street to the U Bridge have been finalized, and the city is hosting a construction open house Monday to show off the plans and let people know what to expect during the major repaving work.

Roosevelt is already a major bike route both for neighborhood trips and citywide commutes. But the existing paint-only door zone bike lane is sorely insufficient. So the city plans a wide protected bike lane with a healthy buffer between car traffic and people biking. 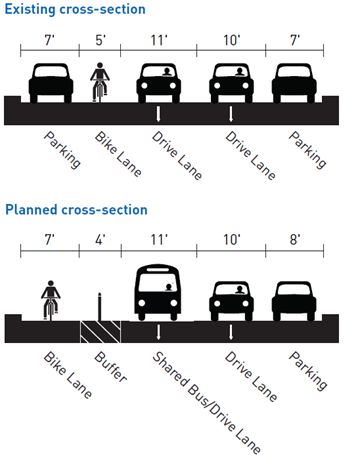 New floating bus stops will avoid conflicts with bikes, similar to the bus islands on Dexter. 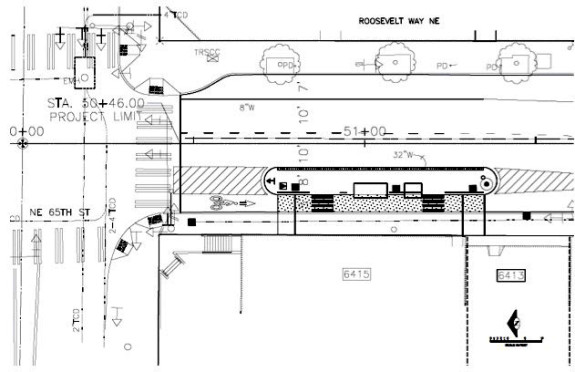 The new bike lane will also improve conditions for people trying to cross Roosevelt on foot. New islands allow people to first cross the bike lane, then wait in a relatively comfortable place to cross the now-much-shorter distance to the other side. 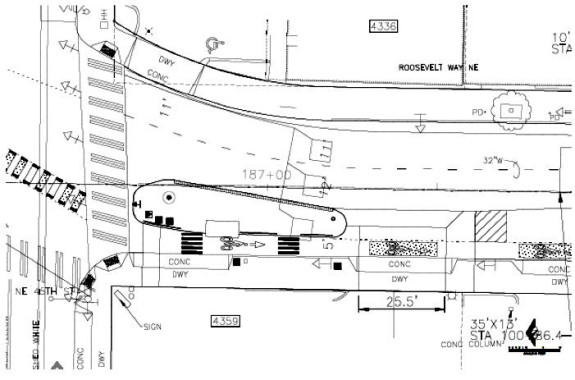 But many intersections still don’t quite meet the standards of truly protected intersections. For example, right-turning traffic will cross the bike lane at NE 50th Street. Today, the bike lane disappears completely at 50th, so this is still a slight improvement. But it’s not the kind of bike lane many people would feel great letting a child ride on their own. 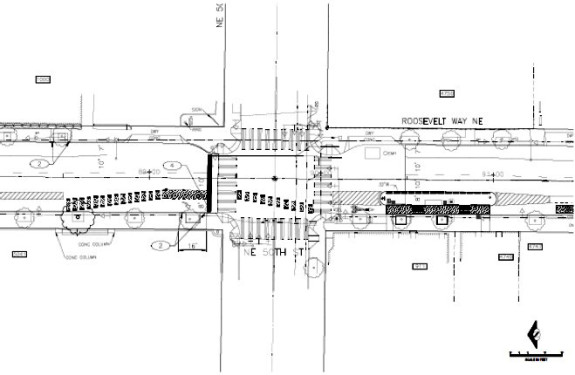 And though the barrier between people biking and general traffic will be designed to slow turning movements across the bike lane a bit, we hope the city watches these turns closely to make sure people are going slow enough to see people on bikes and stop in time to avoid dangerous situations. This is somewhat new stuff for the city, and this seemingly small detail is actually a very big deal. When people can make wide, fast turns, the dangers to people walking and biking increase significantly. 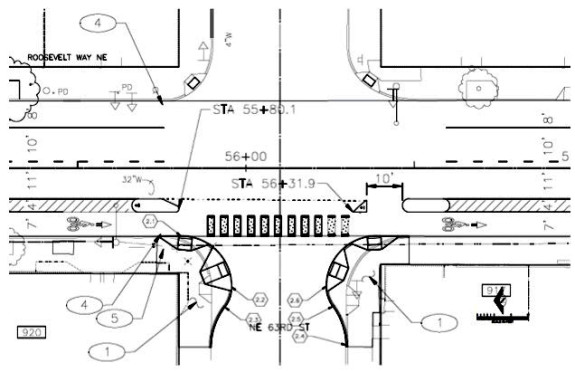 Perhaps the single biggest improvement in the whole project is at the north end of the University Bridge. Existing curbs will be modified to allow for complete and connected bike lanes both northbound and southbound. That’s right, no more merging out and into bike lanes at these sometimes scary pinch points. 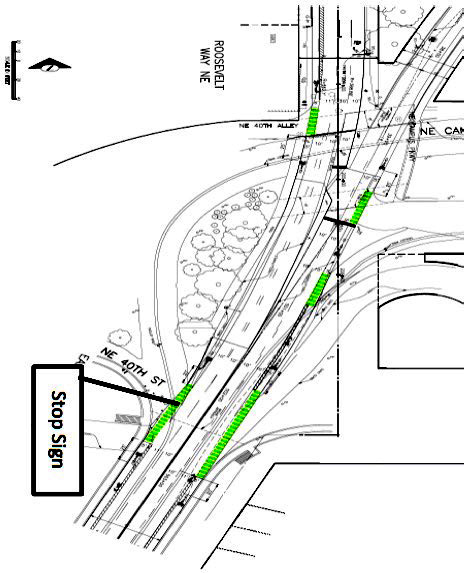