Anatomy of a stairway runnel that actually kinda works 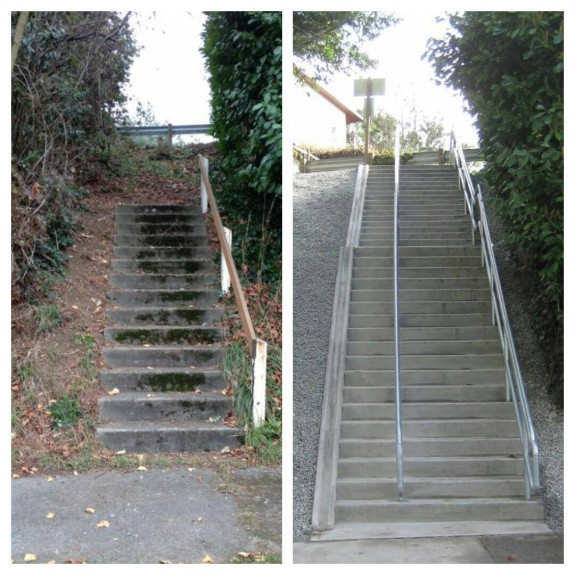 S Hinds St/York Rd S stairway. Before and after photos from SDOT. 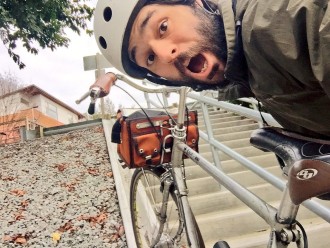 I can hardly believe it. It kinda works!

Seattle has finally done it. They figured out how to build a functional stairway “runnel” that also includes railings required to meet accessibility guidelines.

What’s a runnel, you ask? It’s a somewhat weird name for a straight and usually grooved guide next to a stairway so people can go up and down without having to lift and carry their bikes. You just guide your bike wheels into the groove and push it up or squeezed the brakes and walk it down.

It’s pretty simple, and not all that new as a concept. But the city has tried several times to include runnels that simply do not work. Accessibility rules requiring handrails often conflicted with runnel design, which is perhaps most apparent on the N 41st Street walkway over Aurora. The handrail gets in the way of handlebars, wide bikes, baskets or even simple bags. If really just doesn’t work: 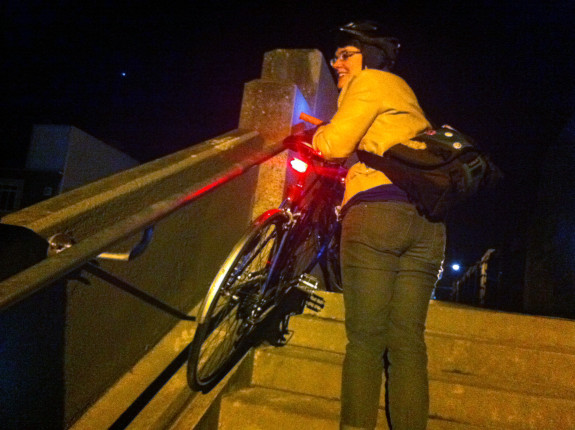 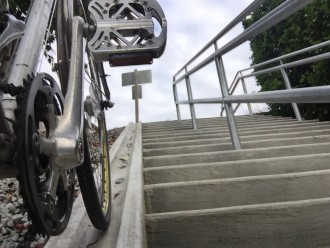 It still takes an amount of ability to use the new runnels, which you find on S Hinds St and where the Burke-Gilman Trail meets 36th Ave NE. It’s especially tricky going down, since you have to carefully control your brakes to make sure your bike doesn’t get ahead of you (you’re probably better off just biking the long way down if possible).

And though I have never tried a big cargo bike on a runnel, I don’t imagine it would be smooth and easy. I also don’t know how easy it is for kids to use (if you have experience, please let us know in the comments below).

Because of these limitations, runnels should never be considered part of a major bike route.

But Seattle owns and maintains more than 500 stairways in the public right of way, many of which offer great views and car-free neighborhood connections. Functional runnels would make these stairways more usable and convenient for many people biking, so it’s great news that the city now has these quality templates to work from. 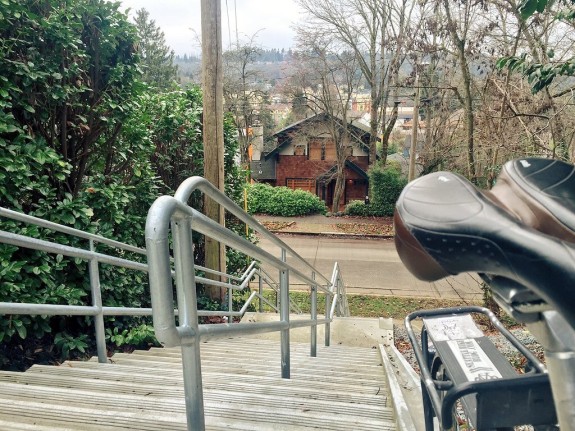 Founder and Editor of Seattle Bike Blog.
View all posts by Tom Fucoloro →
This entry was posted in news and tagged runnels, sdot, stairs. Bookmark the permalink.