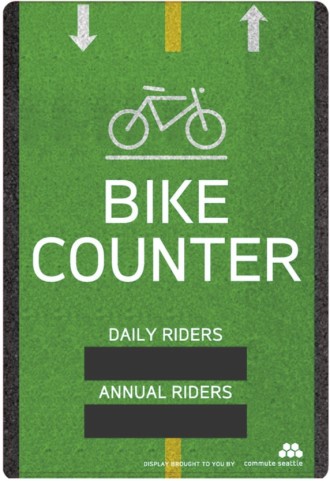 Downtown Seattle will get its first live-updated bike counter display soon thanks to Commute Seattle.

Located on 2nd Ave between Madison and Marion Streets, the counter will tick away daily and annual totals as people bike by. As we’ve seen with existing counter displays on the Fremont and Spokane St Bridges, it’s a fun way to show off how many people are biking and give a little boost of encouragement to people by saying, quite literally, “You count.”

The other major benefit of the counters is data, but that’s less of an issue in this case because the city already has tubes at this location ticking away quietly. In fact, the counter has measured more than 237,000 bike trips January through October of this year: 157,000 southbound and 81,000 northbound. 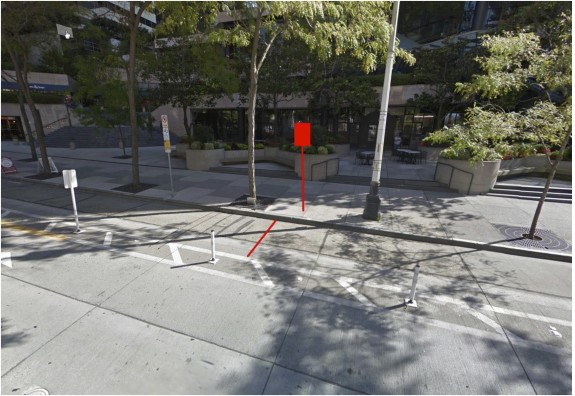 Location and shape of the counter, from the Transpo Committee presentation

According to a presentation to the City Council Transportation Committee Tuesday (PDF), Commute Seattle will gift the counter to the city and hopes to have it installed in early 2016. It will utilize the same counting technology as the Fremont and West Seattle counters, but the display itself will be more sleek and simple. Basically, it will look more like a standard street sign and less like the monolith from 2001: A Space Odyssey.

Speaking of bike counters, Spokane is killing it this year. Counts across the lower West Seattle Bridge are up seven percent over 2014.

But Fremont appears down from last year. This seems very odd given the strong start to the year (February and March were way up, then the rest have been down) and the very warm summer. I’ve asked SDOT if there is a technical issue (is it undercounting now or was it overcounting last year?) or if they think bike trips really are down this year. It seems fishy, but I don’t want to dismiss it just because it doesn’t fit the bike advocacy narrative. If bike trips really are down, then we need to deal with that. But I suspect a technical issue is more likely. I will update when I learn more.