Vancouver BC will tear down its only freeway remnants, replace them with more city 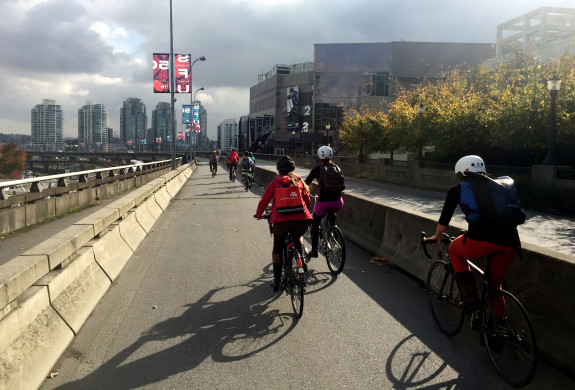 Biking on Vancouver’s Dunsmuir viaduct with a group from Seattle that recently went to on a study trip of Vancouver’s bike infrastructure, organized by Commute Seattle. 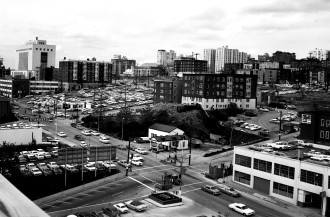 This 1963 rooftop photo of downtown Seattle during the construction of I-5 says a lot about the priorities of the time. (looking NE from 5th/James). Photo: Seattle Municipal Archives

Imagine you have two major highways leading into your Pacific Northwest city. One comes from the south and goes all the way to Mexico, the other comes from the east and connects all the way to Midwest and Atlantic ports. It would be crazy not to connect them, right? I mean, your city could be the nexus of freeway travel. That’s a good thing, right?

Well, people from Seattle don’t need to try very hard to imagine this scenario, because we did it. We demolished entire neighborhoods, dug huge trenches, bore giant tunnels and built elaborate elevated structures to build and connect I-90 to I-5 right in and through downtown and nearby neighborhoods. Protests to “Stop the Ditch” were ignored.

This was the vision of progress at the time, and cities all over the planet were doing the same things. And Vancouver, BC, was no exception to these kinds of plans. But Vancouver residents and leaders were able to see first hand what freeway construction means for neighborhoods by looking at Seattle. And it was devastating. 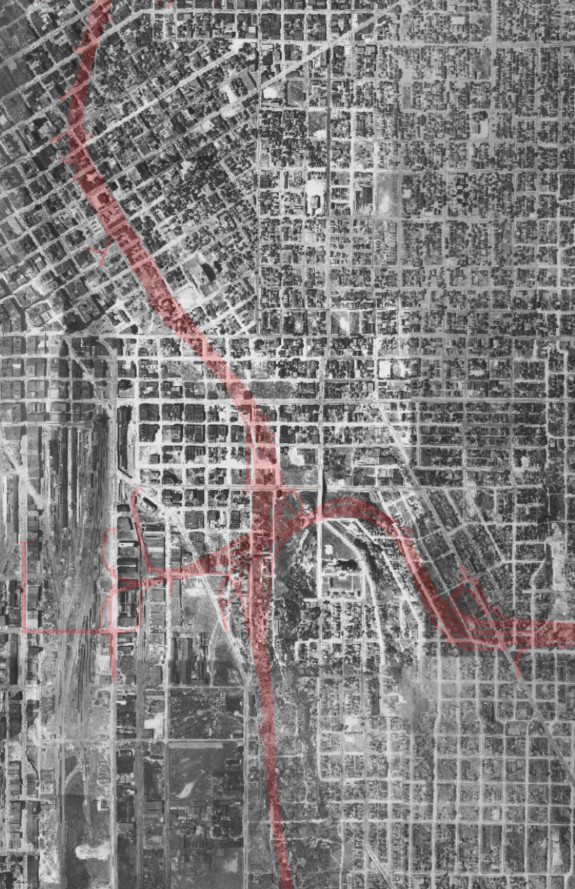 So Vancouver made a decision that probably seemed insane at the time: They chose not to build and connect freeways through their city. And that may go down in history as one of the greatest choices any US or Canadian city made in the 20th Century (thanks to Gordon Price for the great Vancouver freeway history lesson during a Commute Seattle study trip earlier this month).

Today, Vancouver’s economy is booming. And there are plenty of cities that built complete freeway networks that are really struggling (I should know, I grew up in St. Louis). So don’t buy for a second that in-city freeways are needed in order to have a strong economy. 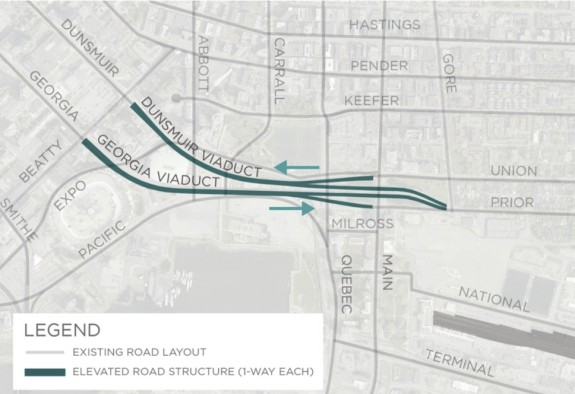 But they did build one piece of their planned-then-scrapped freeway system: Elevated viaducts just east of downtown connecting to Georgia and Dunsmuir Streets. But the freeway connections never came, and now these viaducts are vulnerable to earthquakes.

Like in Seattle, Vancouver has debated about what to do with the viaducts for a long time. And this week, the City Council voted 5–4 to tear them down. Instead of viaducts, the city will create a new neighborhood-scale street grid, open space for new homes, and build a big new park at the far end of False Creek (see the plan in this PDF). 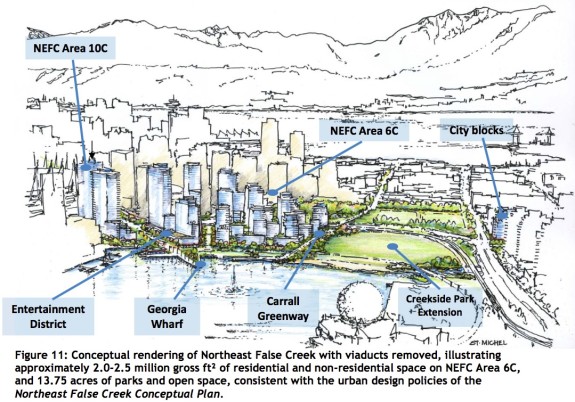 Why am I writing about this? Because it represents such a drastic difference in the way Seattle has been planning its future. Our downtown has two highways through it, and even our plans to finally remove the lesser of the the two includes a new giant highway tunnel. There are talks of building a lid over parts of I-5, which is cool. But it’s clearly not yet a priority for our city and state leaders.

We remain trapped into thinking of highways as the primary way of accessing our increasingly dense central neighborhoods. We simply can’t see beyond our freeways. There’s support for building more transit, but mostly only as an add-on to our car-driving network.

Meanwhile, Vancouver has barely managed to pass a vision of their downtown where homes, parks and connected people-scale streets are more important than unimpeded car movement. Even in a city that doesn’t have freeways, it was a hard sell. Once separated highway infrastructure is in place, it’s really hard for people to imagine their city without it.

Vancouver isn’t a perfect place. It has housing problems, too, as it struggles to keep up with growth. There are still major barriers to walking and biking and gaps in its transit system. And more than half of trips are still made by car (ironically, not having freeways means the traffic load can flow across a connected street grid, helping to prevent traffic jams).

But it’s a fascinating case study to compare with Seattle. And this week seems like an important moment in history for our neighbor to the north. So big congratulations! I can’t wait to take the train up there in 2020 to check it out.

This entry was posted in news and tagged dunsmuir, vancouver. Bookmark the permalink.

12 Responses to Vancouver BC will tear down its only freeway remnants, replace them with more city