Watch: Khatsini explains the power of the bike/bus combo

King County has been producing a series of short videos highlighting different ways of getting around town by walking, biking and transit. We already pointed you to their video featuring family cycling and Greenwood’s G&O Family Cyclery.

In their latest video (filmed months ago, but just now released), Khatsini Simani, former education programs staffer at Cascade Bicycle Club, explains how she combines biking and busing to get around. A lifelong transit user, Khatsini added a bike as way to open her options and get around faster.

Putting your bike on a bus adds a little bit of unreliability, since you’re out of luck if your bus arrives with three bikes already latched on the front. But there is huge power in combining the two modes, especially on the express bus routes. Skip the slow local bus and bike straight to an express route that might be outside your home’s easy walk zone. In other words, think of the bike as a way to bring express transit service closer to your home. Often, the bike/bus combo is the fastest possible way to get across the city or the region.

I feel we are living in something of a golden era of bike/bus travel in the Puget Sound region. If it gets too much more popular, the three bike spaces on the front of buses will fill up more often. There’s a problem of scale with bikes on buses, and there are a handful of routes that are already unreliable for this reason.

Expanding bike share and building better secure bike parking at express transit stops and stations are ways to provide a similar synergy without limiting the system to three bikes per bus.

Speaking of which, have you seen the new Beacon Hill Station bike cage? It appears to be mostly complete, though it isn’t open yet. Stay tuned for more details. 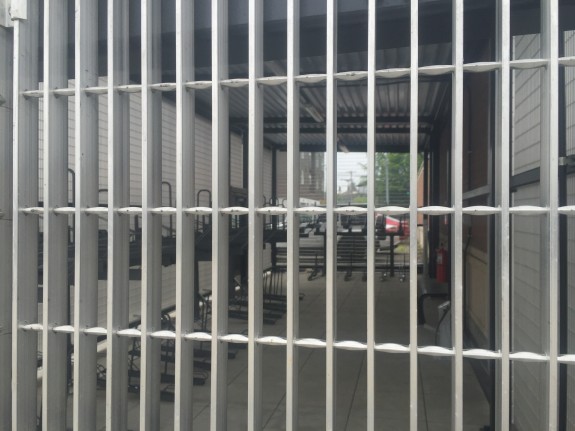 14 Responses to Watch: Khatsini explains the power of the bike/bus combo