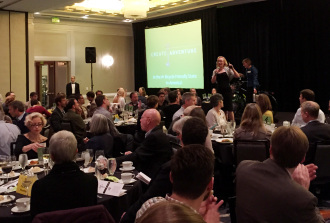 Biking is good for the state’s economy. It’s one of those ideas that seems fairly obvious, but we haven’t really had much solid data to know exactly how much cycling helps. Until now.

It turns out, it helps maybe even more than many thought. According to a report commissioned by the Washington Recreation and Conservation Office, recreation cycling generates $3.1 billion every year in Washington State. But most importantly, nearly all (96 percent) of that economic activity goes to “trip-related expenditures,” which basically means money spent locally on stuff like lodging, eating, shopping, transportation, etc.

As a comparison, motor boating generates $3.8 billion, but a whopping 57 percent of that goes to “equipment costs,” leaving only $1.7 billion for “trip-related expenditures.” That means that unless you are boat dealer, bicycling generates nearly twice as much money for local economies around the state as motor boating.

“It’s rewarding to see what we at Washington Bikes have long known,” Washington Bikes Executive Director Barb Chamberlain said in a blog post. “Bicycling means business and can be a critical economic driver for small towns. Washington state is blessed with amazing places to ride your bike. With cost-effective improvements, small towns can capitalize on creating inviting places for bicyclists to stay, eat, play, and spend money.”

This amount of economic activity is especially impressive when you realize that the study only looks at the results of recreational cycling. Biking as transportation also generates huge amounts of money in the state. Other studies have shown that people choosing to get around towns and cities on bike spend more of their money at local businesses, thanks in large part to savings on gasoline and the fact that people biking tend to make more stops at more shops than people driving. And don’t forget about all the healthcare savings.

Our state’s communities have a lot to gain from investments in cycling infrastructure, both within communities and on regional and statewide bike routes. Biking vacationers and travelers are an incredible opportunity to grow spending in communities off the beaten path and away from state’s major tourist attractions. 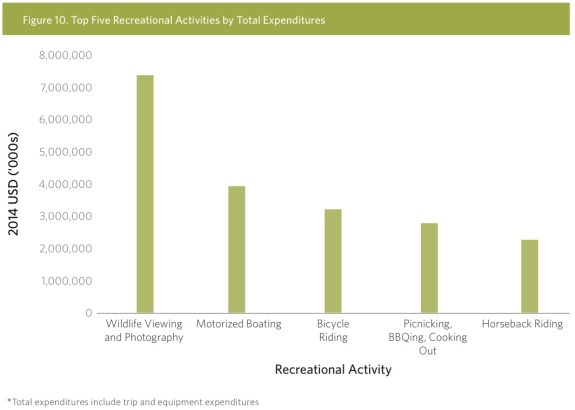