The Bicycle Story: Ed Ewing on why expanding diversity is vital for bike advocacy 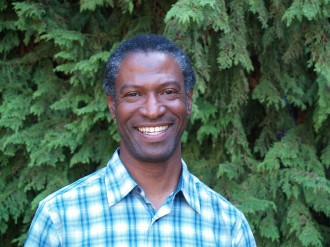 In a great interview with Josh Cohen at The Bicycle Story, Ed Ewing (Cascade Bicycle Club’s Director of Diversity and Inclusion) spells out the awesome and sometimes surprising ways that bicycling can help empower young people in disadvantaged communities to question inequality.

The club has shifted more resources to the Major Taylor Project and has made diversity and inclusion a core principle to all the club’s work, Ewing told Cohen.

“Serving diverse communities helps us learn and be better as an organization,” he said.

Ewing has been biking since he was a kid in Minneapolis, and he tells Cohen of some of the challenges and racism he has faced just trying to race a bike in a white-dominated sport. But Ewing worked hard to “thrive in spite of it.”

As an instructor and leader, Ewing takes time to listen to the students who join bike club, and they outline the challenges and possibilities with increasing bike advocacy and access in more communities in the Seattle region. Below is just a taste, but you should seriously read the whole thing.

The third phase grew from a debrief with the students. We asked them what they wanted to do next, what they like about bike club—they call the Major Taylor Project “bike club” on campus. They asked, “can we use the bikes to raise money?” I said tell me about that.

“Well, maybe we could do some sort of bike-a-thon to raise money and create a scholarship for kids going to college.”

Well what would you need money for?

It just flooded. One kid raised his hand and said, “I like doing the rides. But man, there are a lot of white people out there. It seems like when we go outside of our neighborhood people don’t look like us.”

I asked them if they knew why that is and they said no. Thank goodness one of our ride leaders does a lot of work with youth transformation and empowerment around race and equity. He broke down the redlining of the 40s, 50s, and 60s, and the geographic differences. And he explored that out, asking the students what else they notice when they ride to Ballard or Redmond or Alki Beach. The students pointed out those communities have grocery stores, bike lanes, nice roads, libraries, Starbucks. Everyone has nice bikes.

We asked them how that’s different than their communities. “Well, we have 7-11s, we have the corner store. We have people hanging out doing nothing. We don’t have bike lanes. We have potholes. We have a jail. We have payday loans. But we don’t have a grocery store.”

After that, this ride leader suggested we create a retreat to debrief and unpack that stuff with the students. It’s our responsibility, if we are going to go to these communities, to educate the students along the way.

4 Responses to The Bicycle Story: Ed Ewing on why expanding diversity is vital for bike advocacy