Ever crash on the Burke-Gilman Missing Link? This awesome sticker is for you 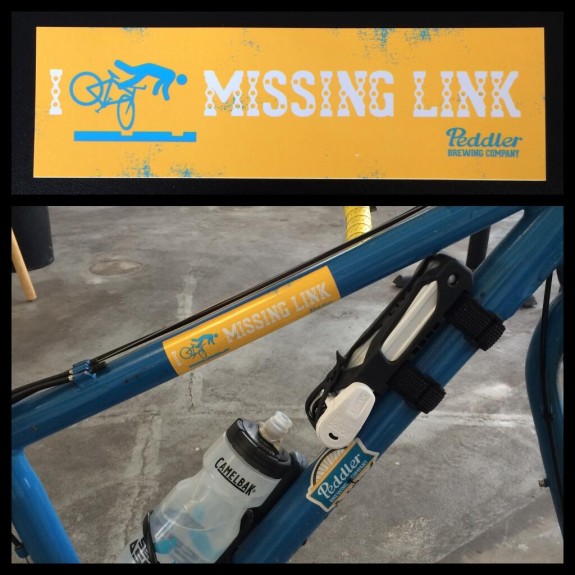 Peddler Brewing, located just a block or so from the Missing Link of the Burke-Gilman Trail, have created a nearly pitch-perfect sticker advocating for a complete trail through the bike-wreck-prone area. Proceeds from the sticker sales will go to advocacy efforts to complete the trail.

The stickers play off a rather silly city sign posted along the Missing Link. The sign, which attempts to get across the idea that the tracks can be dangerous, also highlights how ridiculous it is that such dangerous conditions continue to exist. 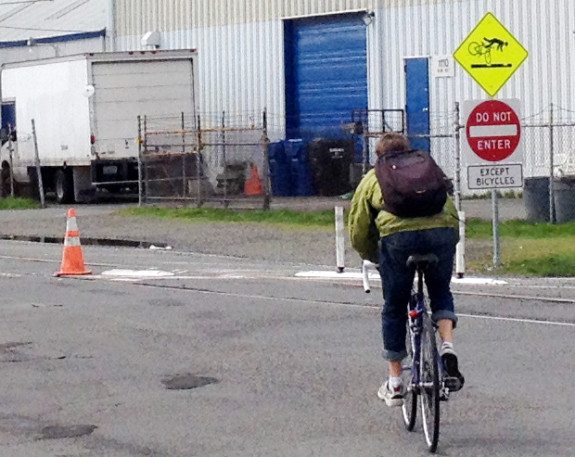 Sign at the eastern end of the Missing Link

And if enough of you buy them, that could make another disturbingly obvious point: The Missing Link has already claimed far too many victims. As we reported recently, people continue to crash on the tracks at an alarming rate. It’s almost as though crashing on the tracks is a dark and painful right of passage to biking in Seattle. Unfortunately, we have no idea how many people crashed there on an early bike ride and decided not to bike again. And many people are dealing with serious injuries from their crashes.

Meanwhile, the legal battles over the trail continue, with the city just starting work on a giant and expensive Environmental Impact Statement after more than a decade of studies proved insufficient to satisfy project opponents. That means no chance of starting work until the study is completed, and likely many more crashes for the foreseeable future.

But in the end, the main reason I like the sticker is that there is a sense of pride in it. You’re saying, “This is dangerous, and I’ll work to make it safer. But in the meantime, I’m gonna keep biking it.” Damn right.

36 Responses to Ever crash on the Burke-Gilman Missing Link? This awesome sticker is for you