In memory of people who have died while biking, Ride of Silence is tonight 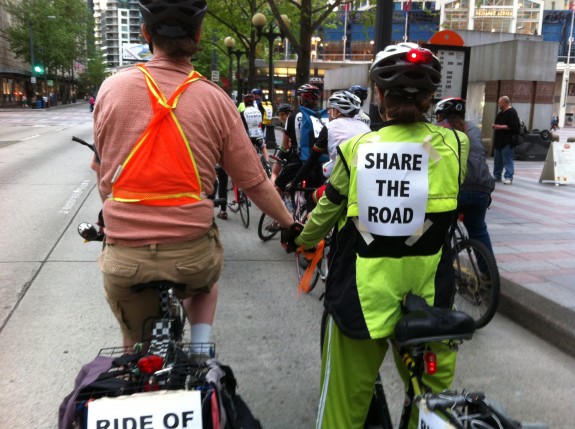 In communities around the nation, people will ride together tonight (Wednesday) to remember friends and family members who have died or been seriously injured while biking.

Unfortunately, the ride overlaps a bit with the Westlake bikeway open house, but you could arrive to that meeting (in Fremont) closer to its 5:30 start so you can give input before heading to the ride.

Friends of a Texas man named Larry Schwartz began The Ride of Silence in 2003, just weeks after he was killed in a collision with a bus. The ride is not too fast and has a somber mood. It means something a little different to everyone who participates. 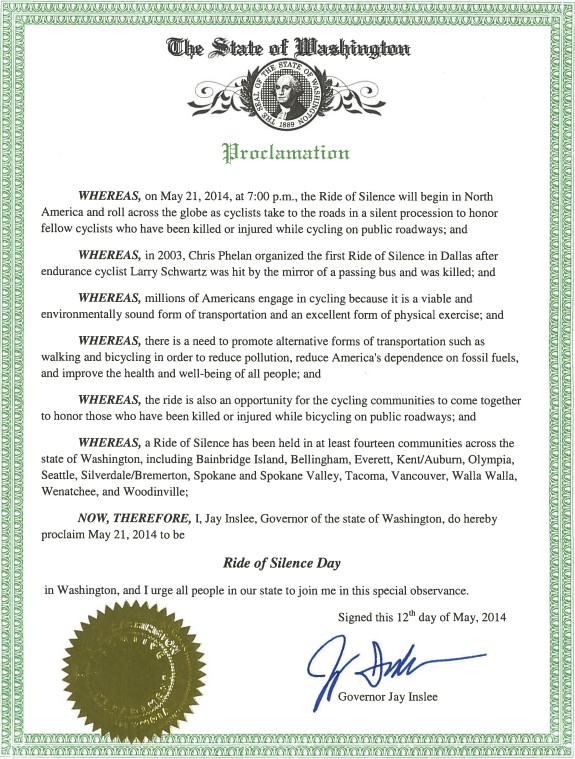 This entry was posted in news and tagged events, ride of silence. Bookmark the permalink.