Two people collide while biking on I-90 Bridge, State Patrol looking for suspect who fled 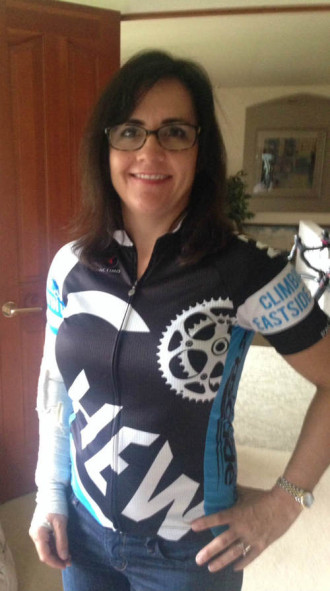 Image of the victim from the Washington State Patrol

With strong cross-winds, waves crashing on one side and highway traffic flying by on the other, biking over the I-90 Bridge can be a rather unnerving experience.

But crashes on the bridge are somewhat rare, but that is probably no comfort to one woman who was injured in an April 30 collision with another woman on a bike.

The woman who hit her fled the scene, and the Washington State Patrol is now seeking her for hit and run. They are also seeking witnesses how saw what happened or saw the suspect.

Officers say the victim was biking eastbound on the floating section of the bridge when “a white female, approximately 25-35 years old with sandy blonde, shoulder length hair” riding a road bike westbound veered into her.

As a reminder: You are required to stay at the scene of a collision whether you are on a bike or in a car.

While instances of serious bike-on-bike collisions are rare, they do happen. It’s a reminder to always slow to a safe speed to give others room. And obviously, don’t flee the scene! It’s a crime.

The Washington State Patrol is investigating a hit and run collision involving two bicyclists that occurred Wednesday, April 30, 2014 at 3:15 pm on the west end of the I-90 floating bridge bike path.

The victim, pictured below, was riding her bicycle … eastbound on the bike path when she was struck by a separate cyclist, who was traveling westbound. According to the victim, the suspect was westbound and veered to the left hitting her. The impact of the collision caused the victim to fall and sustain serious injuries to her elbow and hip.

The suspect is described as a white female, approximately 25-35 years old with sandy blonde, shoulder length hair.  She was riding a “tour type” bike and was not wearing a helmet or traditional cycling clothing.

The suspect initially stopped and asked if the victim if she “was OK?” and if she “needed anything?” She then left the scene on her bike, last observed riding westbound towards Seattle.

State Patrol detectives are requesting any information regarding this incident including witnesses who may have had contact with the suspect and/or victim.

The Washington State Patrol wants to remind that all citizens are required to stop at the scene of a collision and provide their contact information whether it involves a car or bicycle.

If you have any information related to this collision and/or events leading up to the collision, you are asked to please call Detective Ruth Medeiros at 425-401-7719.

Update: WSP released this photo of who they say is the suspect May 15: 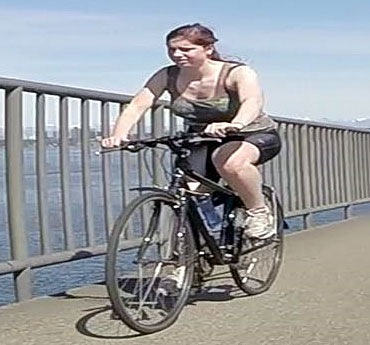 This entry was posted in news and tagged crime, hit and run, I-90 trail, injuries, washington state patrol. Bookmark the permalink.

46 Responses to Two people collide while biking on I-90 Bridge, State Patrol looking for suspect who fled